The October 5, 2020 meeting of the Winston-Salem City Council concluded in just under one hour and ten minutes. The meeting was comprised of “two zoning petitions, two UDO text amendments, and an item related to the adopting of the downtown streetscape master plan.”

Arbor Acres’s zoning petition was a little contentious. But it looks like most property owners around Arbor Acres can accept the Methodist retirement home’s expansion if the City implements some traffic calming measures and building height doesn’t get excessive. The measure passed 7-0, with Dan Besse recusing himself.


The Downtown Winston-Salem Streetscape Plan is a doozy! We all want nice streets, but we need to get the unhoused off the streets before we attempt to take DTWS’ streetscapes to the next level.

In a perfect world, Winston-Salem’s downtown would have well-designed streets, with uniform features, and artistic accents.  But the DTWS Streetscape plan that passed Monday night is going to be very expensive to actually implement. It’s a reminder that as much as the City has already spent on DTWS, while East Winston burns, it’s never enough. Downtown interests will always seek more and more funding.

The following planning-level cost estimates
were developed to help the City ascertain how
much the proposed streetscape improvements
will cost for a prototypical block. Overall,
these improvements are estimated to cost
approximately $1.14 million for destination
streets, $930,000 for community connectors, and
$150,000 for neighborhood streets.” 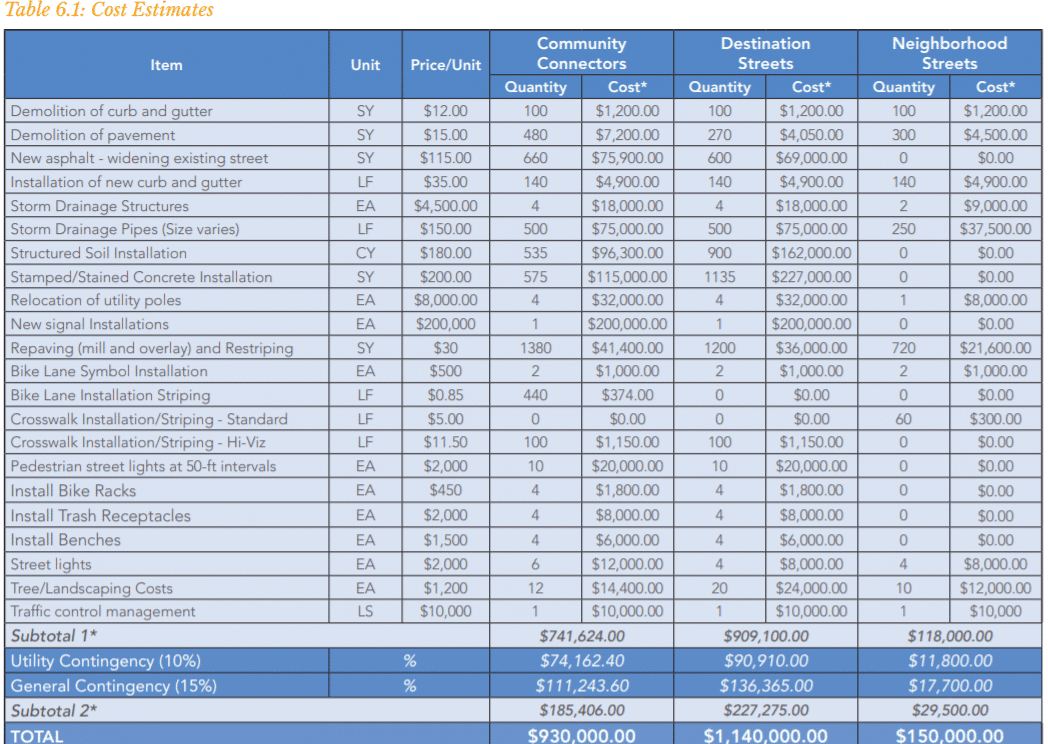