Today is another sad day for local journalism in the Triad and beyond. The Winston-Salem Journal and Greensboro News & Record just laid off more workers, including journalists. Warren Buffett’s Berkshire Hathaway, the parent corporation of the Journal, News & Record and many other small and medium-sized newspapers is cutting costs even as its publication’s page views are increasing. Warren Buffett is famous for playing the long game in stocks. But Buffett isn’t demonstrating the same patience with his newspapers.

BH Media Group is reducing staff by 148 employees and not filling 101 vacant positions, representing a total of about 6 percent of its workforce, the company said Tuesday in a statement. The organization is seeking to trim expenses because of declining advertising revenue… 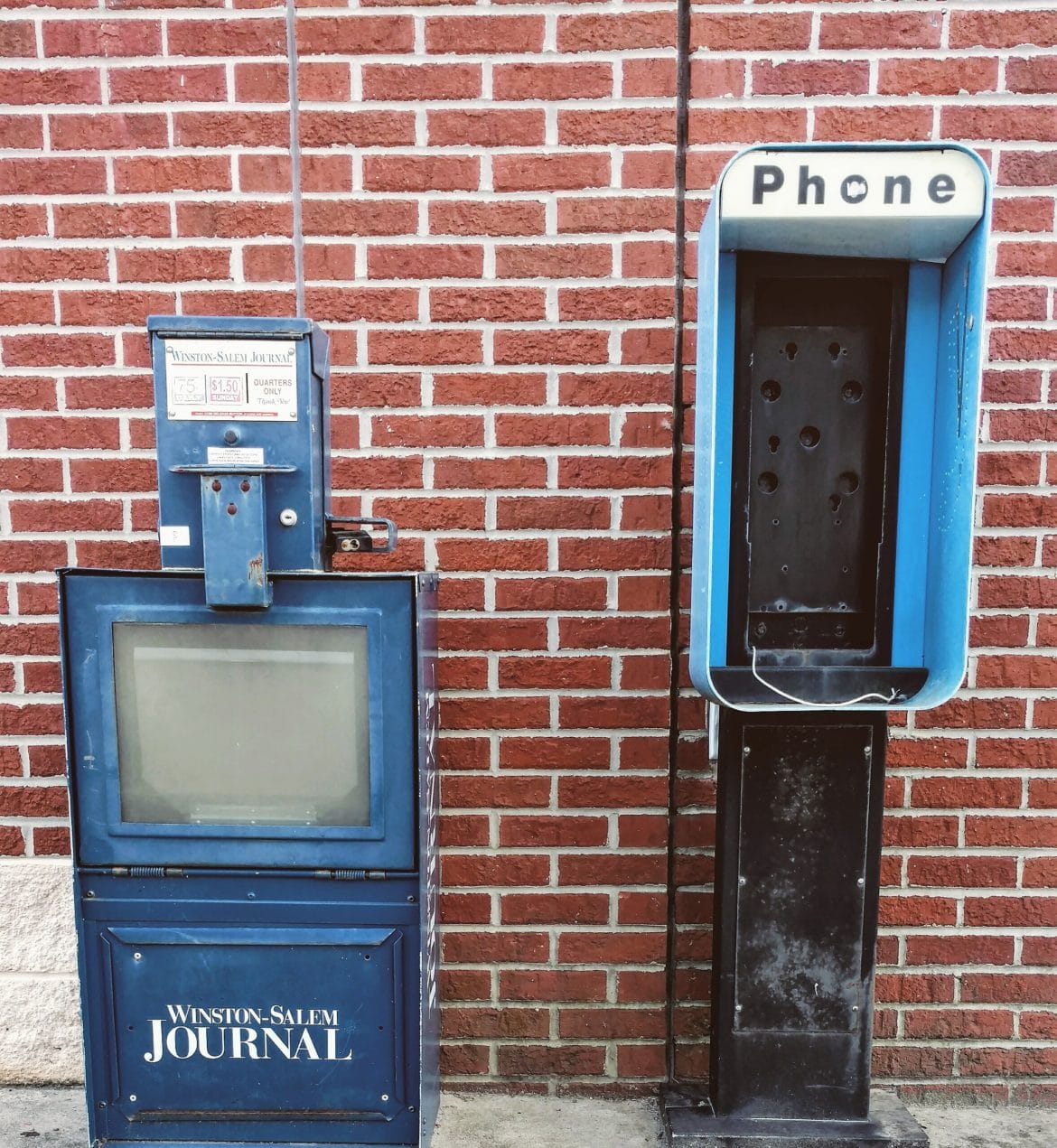 Just when I thought that my local newspaper couldn’t get any thinner or more devoid of local news coverage, Warren Buffett is taking the Journal and News & Record to new lows.

To add insult to injury, the Journal rarely reports on its own job cuts. So its readers are forced to scramble to other sources to find out what’s going on at the Journal.

Where did I learn that John Railey, a 20 year veteran of the Journal and Susan Ladd (a columnist immeasurably better than the Journal’s Scott Sexton) are leaving their respective newspapers? It wasn’t in the pages of the Winston-Salem Journal.

The Journal’s lead story today was an article on Foothills and Bookmarks new joint venture, Footnote. They ran an article on Ted Koppel speaking in Greensboro a few pages into the paper. Koppel, the Journal reported, bemoaned the death of journalism.

On A9 the Journal’s excellent business reporter Richard Craver reported that Novant is eliminating 23 jobs. But no mention of layoffs at the Journal and other Berkshire Hathaway newspapers.

And of course, there is no mention in today’s Journal of Warren Buffett not living up to promises he made when he purchased the Journal and News & Record nearly six years ago. At the time we were told that Buffett valued newspapers. That has proved to be a lie.

In a sign of the times, I learned about the layoffs at the Journal and News & Record on Triad City Beat‘s Facebook Page:

I’ll leave it for someone else to comment on the News & Record’s demise. As for the Winston-Salem Journal, it has a proud past. It’s a paper that consistently produced good journalism that informed our community and provided a foundation for civic engagement and activism. Any decent city needs a decent newspaper. Winston no longer has a decent newspaper of record.

The Journal also has a not so proud past. The Journal helped to red-bait and break Local 22, the union that for a time successfully organized R.J. Reynolds in the 1940s. The Journal has filled its columns with plenty of racist reporting over the years. A more subtle form of racism, which was alive and well in the 1980s and 1990s, during Darryl Hunt’s trials is finally a thing of the past at the Journal.

Truthfully, I often disagree with the Journal but I can’t deny its importance. It is the foundation for civic engagement and activism in Winston-Salem.

I chose the headline “Against Their Will” for this blog as a tip of the hat to John Railey and to convey the seriousness of what Warren Buffett is doing to his newspapers. It’s a bit dramatic, but I think it’s an appropriate title.

Against Their Will, as many readers of the Journal are aware is the name of the five-part series that the Journal published in 2002 on the eugenics movement in Forsyth County and throughout North Carolina.

John Railey contributed to the original “Against Their Will” series. Perhaps more than any other journalist locally or nationally, Railey wouldn’t let the issue of eugenics/forced sterilization die. He wrote article after article in support of sterilization victims in North Carolina. He didn’t rest until victims finally received compensation for the awful crimes that were committed against them.

With the departure of Railey, the Winston-Salem Journal is closing its chapter on in-depth, long-form journalism. No more exposes like “Against Their Will” or Pheobe Zerwick’s “Murder, Race, Justice: The State vs. Darryl Hunt.” Investigative series are a thing of the past.

Just go back and look at how many articles the “Against Their Will” series produced. It’s unthinkable that quantity and quality of journalism will ever be replicated at the Journal.

Instead of local coverage that gives readers a thorough understanding of our city, the Journal just mirrors other newspapers around the country with generic, even click-bait headlines. It’s losing the qualities that once made it a respectable newspaper.

In the last year or so the Journal has lost quality reporters like Bertrand M. Gutierrez and Arika Herron and hasn’t replaced them. Or has replaced them in part. Gutierrez left the paper to care for a family member. Herron took a job at the Indianapolis Star.

Gutierrez and Herron teamed up to expose unmonitored toxic chemicals at the former Hanes Lowrance School on Indiana Avenue. They did important work that galvanized a community and got a school relocated, far away from a toxic chemical plant-in the middle of a school year. That’s journalism!

Gutierrez wasn’t replaced at the Journal. I miss reading his content. Herron’s education beat at the Journal is now Sarah Newell’s beat. But Newell isn’t writing as many stories on education as Herron did.

She is writing some stories on education and other general interest stories. The end result is that Journal readers get less education coverage than they did a year or two ago. That’s just one example of the Journal’s decline. 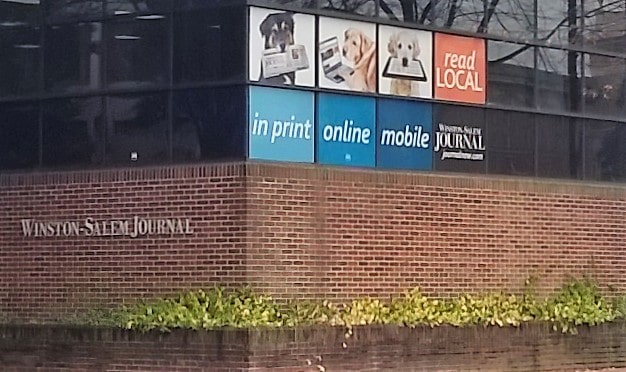 Newspaper, I believe can make money (it’s a shame that making money is always paramount) if they are done correctly. There are over 200,000 people in Winston. If the Journal produced quality content, they would find readers interested in reading it.

Buffett is hollowing out the Journal and other newspapers in mid-markets around the country because of declining Ad revenue. Buffett shouldn’t have bought newspapers if he was concerned with a quick return on his investment.

Instead of pouring resources into the Journal to make it a product that people want to read, Buffett has sold the Journal’s downtown property and slashed the Journal to the point that it is less and less relevant by the day.

Many observers thought in 2012 that the Journal was being bought by an extremely wealthy, old, benevolent, grandfatherly figure. Layoffs at the Journal, News & Record, and other such papers across the country are evidence that our local newspaper was bought by Ebenezer Scrooge.

It takes dedicated journalists to produce a good paper. A newspaper can’t be produced on the cheap. We’re not talking about Heinz Ketchup Mr. Buffett! Our local news coverage matters more than the profits on one small portion of Warren Buffett’s vast business empire.