Thursday, the Winston-Salem Journal’s Richard Craver reported that Wells Fargo whistleblower George Hartzman lost his lawsuit against his former employer. It was a predictable outcome. Hartzman probably had a good lawyer, but he didn’t have his own legal department.

On a personal level, it must have been very disappointing for Mr. Hartzman to lose to his former employer. Especially since Hartzman appears to have had a solid case against Wells Fargo. But in our legal system justice matters less than money. Wells Fargo, the nation’s third largest bank by assets has resources that an individual plaintiff can’t begin to imagine.

Our local paper could start a Wells Fargo fraud section, their various criminal activities are hard to keep up with. Wells Fargo was in the news not too long ago for opening up 2 million fraudulent accounts without their customer’s knowledge or consent. The fraud that Hartzman witnesses went little noticed by the media-except for the financial press. Here are the details of the case George Hartzman brought against Wells Fargo:

He claims to be a whistleblower for trying to disclose — in November and December 2011 through an internal Wells Fargo ethics line — financial information that allegedly was not included in bank regulatory filings in 2008 and 2009. Some of the information related to how the bank acquired a collapsing Wachovia Corp. in fall 2008.”

Richard Craver is an excellent reporter, but for the real, unfiltered story of what happened to George Hartzman, read Rolling Stone’s excellent Secrets and Lies of the Bailout: One Broker’s Story. George Hartzman’s first-hand viewpoint of the Wall Street crash of 2008 and the massive bailout that followed is very illuminating.

Hartzman was a Wachovia financial manager, based in the Greensboro area. Matt Taibbi described Hartman as a likable guy who worked his way up the ladder to become a financial advisor at Wachovia. Initially, Wells Fargo’s takeover of Wachovia was a good thing for him. It meant the bank didn’t go under. Hartzman got to keep his job. But it wasn’t long until things went south for Hartzman.

Having made money betting against Wall Street in 2007 and 2008, George planned on continuing the same strategy in 2009, even after the bailouts. In early 2009, he placed a series of short bets against the market, among other things betting against an index of real estate trusts and the S&P 500. He explained to his clients that even though the government and the talking heads in the financial press kept insisting the worst was over, he still thought a lot of firms, particularly financial firms, were in deep trouble.

“I thought they were screwed,” he says. “The numbers just didn’t add up.”

When the stock market reversed course and increased in value instead of plummeting as Hatzman predicted, his clients lost big. It wasn’t just his clients, Hartzman lost his own funds and the funds of his family members too. According to Taibbi, Hatzman took the losses hard.

He was perplexed. He knew the numbers. The fundamentals of the market were still very weak. His shorting strategy should have worked but instead, it failed miserably. Then the financial press provided the answer that Hartzman was looking for. Bloomberg reported that the scale of the bailout the banks received was far greater than had been reported.

…the $700 billion in TARP loans ended up being dwarfed by more than $7.7 trillion in secret emergency lending that the Fed awarded to Wall Street – loans that were only disclosed to the public after Congress forced an extraordinary one-time audit of the Federal Reserve. The extent of this “secret bailout” didn’t come out until November 2011, when Bloomberg Markets, which went to court to win the right to publish the data, detailed how the country’s biggest firms secretly received trillions in near-free money throughout the crisis.”

When Hartzman learned the full story of the nearly limitless amounts of money that the Federal Reserve had given Wall Street banks, including his employer Wells Fargo, he was in a no win situation. He finally had a credible explanation for why his short-selling had failed. But if he told clients and family members about the additional $7.7 trillion the banks received he would be betraying the trust of the bank that he worked for.

Hartzman was fired in October 2012. His career was a casualty of the 2008 financial crisis.

It’s very unfortunate that Hartzman didn’t win in court, but his whistleblowing has greatly benefited the general public.Freed from the burdens of litigation I hope that Hatzman gains a public platform to educate others about the insanity of Wall Street.

His firsthand experience with Wachovia, then Wells Fargo through the crash of 2008 and the bailout that followed could help the public to see beyond the tip of the iceberg, to get a glimpse of the entirety of the corruption and fraud that defines Wells Fargo and other Too Big Too Fail Banks. 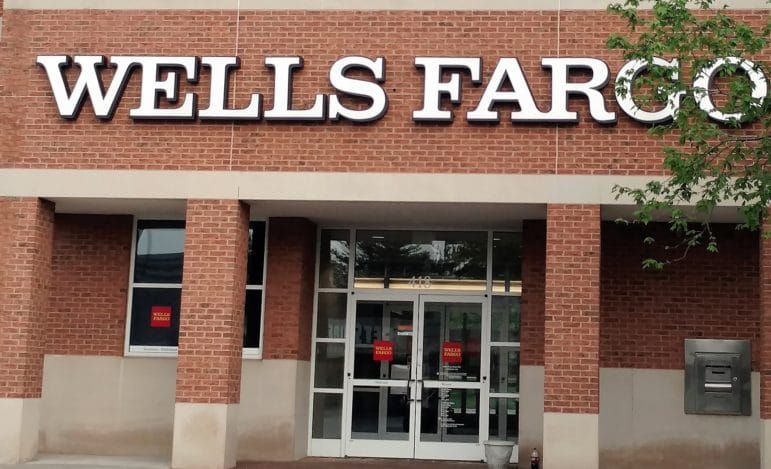