Earlier this week, New Hanover County officially approved Novant Health’s $5.3 billion purchase of New Hanover Regional Medical Center. All that’s left is for the state attorney general to sign off on the “remarkable” merger-and, that appears to be a formality.

Both sides got want they wanted. Time will tell what the fallout is for patients and health care workers in the Queen City and Camel City. Corporate consolidation, even the non-profit variety, is generally bad for workers. Workers in Winston and Charlotte should follow in the footsteps of the health care workers in Western North Carolina that recently unionized. One thing is for sure; we can’t trust the narrative that Wake Forest and Atrium are putting out:

Next-Generation Academic Health System Becomes a Reality
A new era of healthcare has been ushered in as Atrium Health and Wake Forest Baptist Health, including Wake Forest School of Medicine, officially joined together as a single enterprise, Atrium Health.

Brilliant minds are coming together to advance life-changing care, an unrivaled approach for life-changing results. Medical education transforms, research expands – care is enhanced for your life. Your community will benefit. So will your children … and their grandchildren.”–https://atriumhealth.org/campaigns/bestcareforall

BREAKING: North Carolina nurses have WON their FIRST union at Mission Health Hospital in Asheville. Raw election data is 965 YES and 411 NO. pic.twitter.com/fJ7O8k5weZ

. @AtriumHealth and Wake Forest Baptist Health, including Wake Forest School of Medicine, announced Friday that they are officially merging, paving the way for a medical school in Charlotte. https://t.co/ysVtMffYmM pic.twitter.com/RZbNkP0gQX

Back in 1939, Bowman Gray Sr. left $750,000 in his will to relocate the Wake Forest Medical School to Winston-Salem. R.J. Reynolds Tobacco’s money financed the relocation of the entire college away from the town whose name it bears, a decade or so later. Despite assurances from Wake Forest that its merger with Atrium won’t hurt Winston in any way, there is good reason to be skeptical of the deal’s local impact. Wake Forest and Atrium Health have grand plans for their new medical school in Charlotte. The new school will eventually overshadow the Bowman Gray School of Medicine, which relocated to the WFU Innovation Quarter just a few years ago.

“The local concern about the Charlotte campus is that it could eventually draw resources from the Winston-Salem campus or even lure the medical school itself from Winston-Salem.”    -Richard Craver, Winston-Salem Journal

Wake Forest Baptist Health’s pivot to Charlotte is a reminder that the Innovation Quarter, though successful, has not been transformative. Let’s put aside the fact that the Innovation Quarter never benefited the low-income community of color adjacent to it, which is the cardinal sin of the Innovation Quarter and DTWS development in general. The IQ’s purpose, the justification for endless tax breaks and direct subsidies, was that the Quarter was going to replace jobs that Reynolds, Hanes, and Wachovia used to provide. That lofty goal never came close to fruition. The failure of Targacept and Tengion is a testament to that. 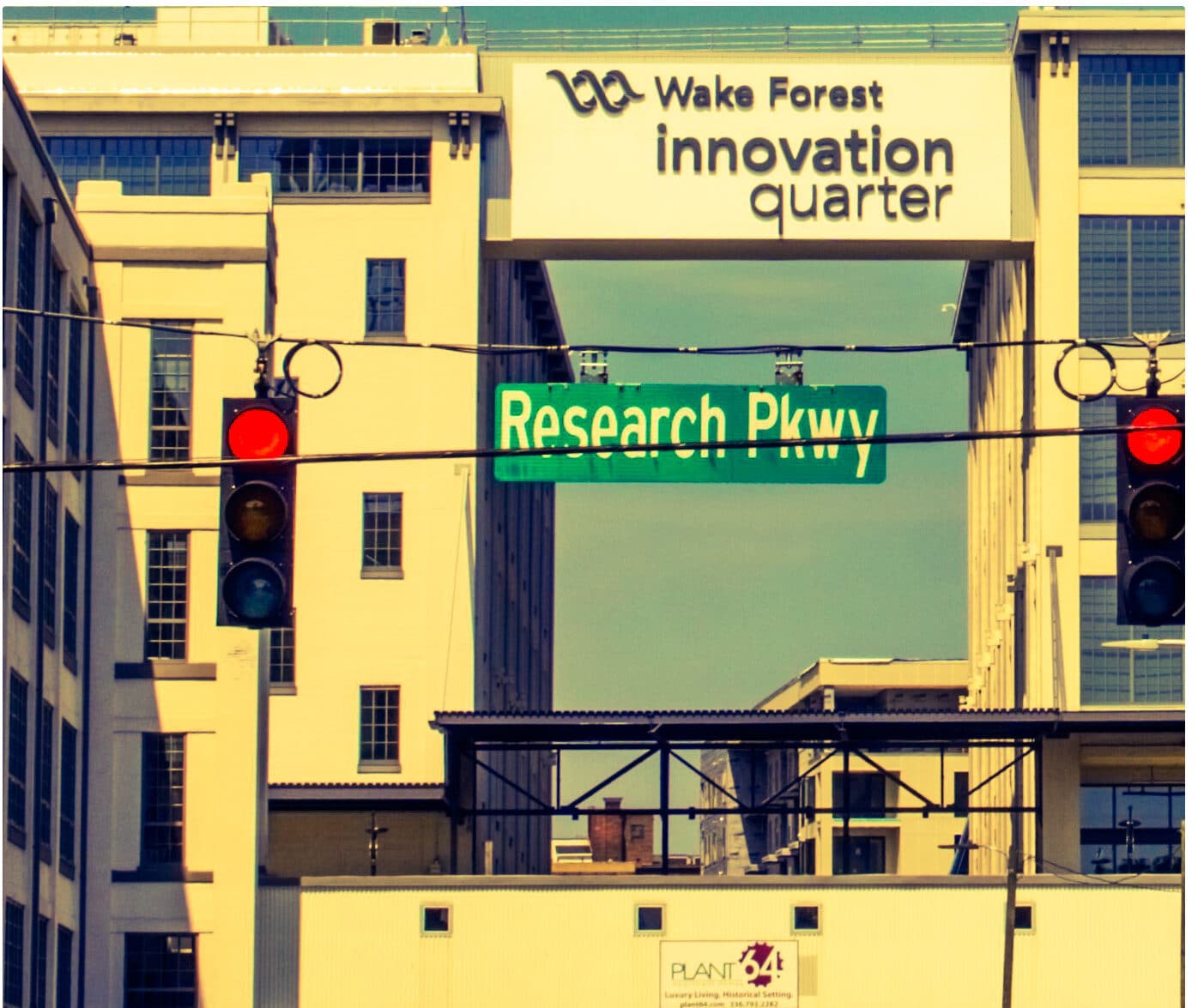 Winston is a highly inequitable Eds and Meds city. Having Wake Forest’s medical school branch off to Charlotte is another reminder that Winston is a minor league farm club, while Charlotte is in the big leagues. Winston, a town constructed by Black labor with tobacco money, was once home to several corporations, chief among them, R.J. Reynolds Tobacco Company. Now it’s a midsize city struggling to catch up to superstar cities-a game it can’t win. It’s time for the “City of Arts and Innovation” to move in a new direction, instead of spinning in circles.