Run-down, sub-standard apartments have dominated a slow news cycle this summer. It’s rare for the plight of poor renters to garner much attention in Winston, a city that care much more about developers than renters.

You might have thought slum were a thing of the past, but they’re a problem that the city of Arts and Innovation hasn’t eliminated. Deplorable conditions at New Hope Manor Apartments, located off Cleveland Avenue and Rolling Hills Apartments, located off of New Walkertown Road are an embarrassment to the city. They’re yet another example that as Downtown Winston flourishes, East Winston is being left behind.

City leaders, to their credit are searching for ways to improve conditions at both New Hope Manor and Rolling Hills. For the last two months the city has aggressively inspected apartment units at both properties and found plumbing issues, insect infestation, bed bugs and various other code violations. They have even moved some residents of Rolling Hills into new temporary apartments at the city’s expense.

But its a shame that the city spent much of the last year trying to accumulate enough nuisance violations in order to close down Winston’s last downtown strip club instead of addressing deteriorating conditions in the city’s aging low-income apartments. City leaders share in a portion of the blame for the conditions at New Hope Manor and Rolling Hills. Let’s not forget they approved the sale of both properties to the owners that they are now chastising. 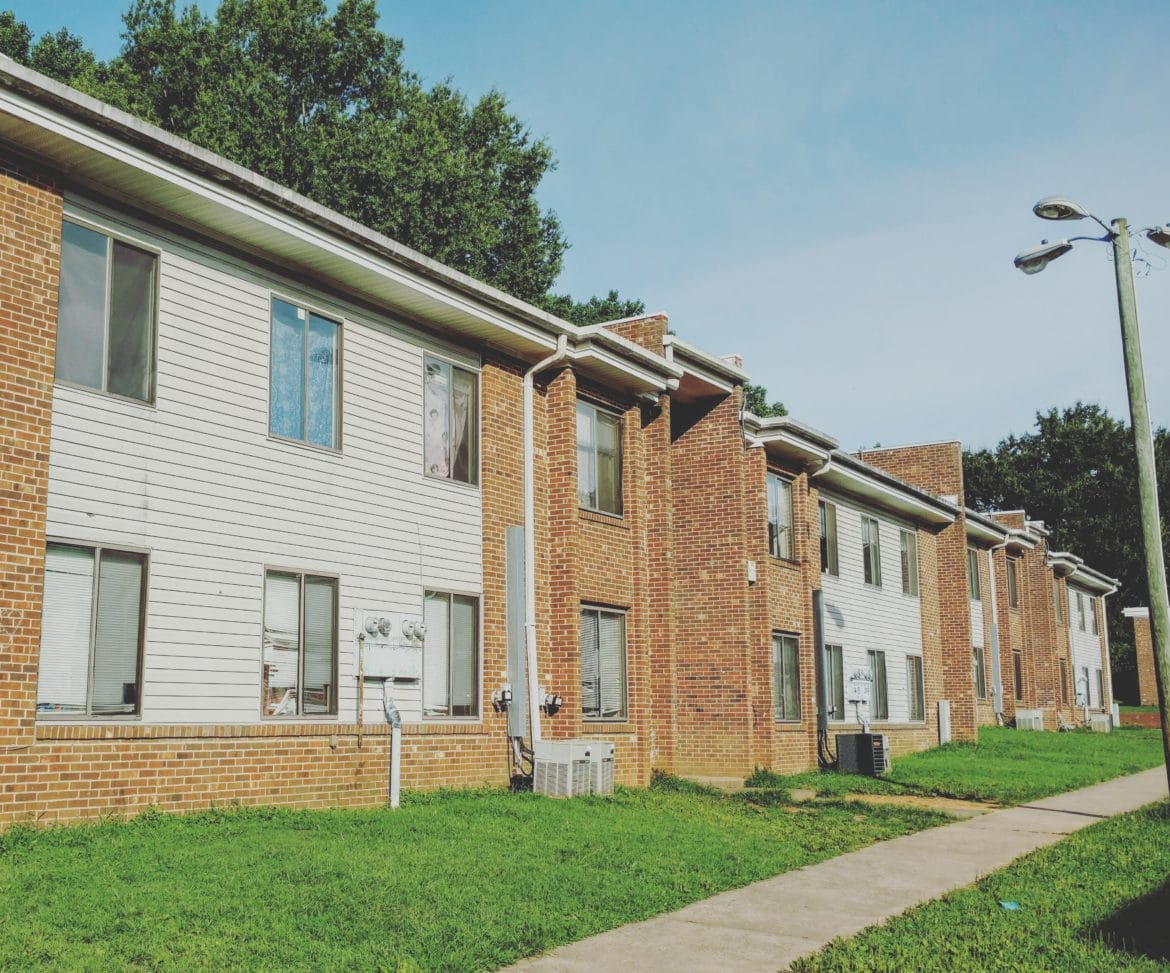 The Housing Authority of Winston-Salem (HAWS) has proposed buying New Hope Manor, demolishing some of the apartments and remodeling the units that are left converting them to mixed-income housing. HAWS would like to integrate New Hope Manor into its ambitious plan to redevelop Cleveland Avenue. Rolling Hills’ current owner is in the process of selling Rolling Hills to a real estate company who would spend over $40,000 per unit to essentially rebuild the place.

Both New Hope Manor and Rolling Hills Apartments are powerful examples of how Section 8 housing is failing the very people who need it. For decades the federal government has been moving away from public housing. Reagan but the brakes on public housing. Bill Clinton undermined public housing further when he introduced Hope VI reforms in the early 1990s.

The HOPE VI demolish project, as P.J. Harvey has labeled it, has torn down thousands of public housing units across the country. Here in Winston public housing in the Kimberly Park and Happy Hill neighborhoods was replaced with the HOPE VI. The razing of Happy Hill with little regard for Winston’s oldest African-American neighborhood is particularly upsetting.

Speaking of the market, New Hope Manor is owned by two stanch Republicans; Robert Crumley and Nathan Tabor. It’s funny how the right stops complaining about big government when it’s their turn to get generous government subsidies. Crumley and Tabor claim that they have tried to keep New Hope Manor Apartments up to code. They say that they’re frustrated that one management company after another has been unable to turn “No Hope Manor” around.

I wonder how many times Crumley and Tabor have actually been to New Hope Manor? When is the last time either of them stepped foot on the property? Absentee ownership is a central problem, both at New Hope Manor and Rolling Hills.

Rolling Hills is currently owned by the Aspen Company, located in New Jersey. If the full City Council approves the sell of Rolling Hills, the apartments will be acquired by a real estate conglomerate based in Colorado. Low income housing shouldn’t be part of a large real estate conglomerate’s portfolio. It should be community owned and community ran.

They’re looking for good returns for their investors. Profits are paramount. That’s the principal reason that Section 8 housing is failing. That’s why the federal government should recommit to building and sustaining public housing-it can lose money, the private sector can’t. Fundamentally, with all its flaws the public sector is more accountable to the needs of people than the private sector.