During the Winston-Salem City Council’s May Finance Committee meeting a simple but important exchange occurred. It lasted just a couple of minutes and its significance went largely unnoticed by the local media. I should have written about it at the time.

Mayor Pro Tempore, Vivian Burke asked Lisa Saunders, the city’s finance director something that we all deserve to know the answer to. After Saunders finished describing the various details of the city’s General Obligation Bonds, Burke asked her “who manages our money?”

Burke: Ms. Saunders, who manages our money? What companies manage our money [and] where exactly are they located?

Saunders: There are several Councilmember Burke. We have relationships with various banks all over the city-as far as our cash goes. To name a few..

Burke: You don’t have to name them today. Just get me a list…

To Mayor Joines, Councilmember Burke and the rest of the city council I ask, who manages our money? We aren’t talking about the city council’s personal bank accounts. The issue is, who manages the money that the residents of Winston-Salem, average folks like myself give to the city in the form of various taxes and fees?

When the Finance Director compiles a list of banks the city has a relationship with for Councilmember Burke and the rest of the city council, we have a right to see it. That list should be released to the public.

A lot of money moves through City Hall each year. Winston-Salem’s annual budget for fiscal 2017-2018 is $482.4 million. As a matter of basic transparency, we should know what banks the city puts our tax dollars into. We also deserve to know what fees the bankers pocket from the city’s business.

Wells Fargo is rotten to its core. In addition to Wells Fargo’s criminally fraudulent behavior, where they opened god knows how many unauthorized customer accounts, Wells is responsible for financing all manner of evil. From the Dakota Access Pipeline to private prisons, Wells Fargo is only looking out for the interests of Wells Fargo.

The city should insist that it’s bankers aren’t morally bankrupt. Is that too much to ask? Winston is not Seattle-sadly. Winston is a company town. Our timid city council looks after the corporations that have a sizable presence in Winston.

Wells inherited a large workforce in Winston when it was given Wachovia in 2008. The city’s tallest building, the Wells Fargo Center is directly across the street from City Hall. It towers above Winston’s City Hall, like a bully reminding the city who’s really in charge.

But corporations aren’t sovereign, people are. The City of Winston-Salem has a responsibility to the people of Winston to give a full accounting of its banking partners and practices down to the last cent.

It says something about the lack of transparency in Winston-Salem, if Vivian Burke, the longest-serving council member in the history of the city has to ask who the city banks with. It’s time for the City of Winston-Salem to show the people its bank statements.

I encourage everyone to contact the Winston-Salem City Council and tell them to release the report on the city’s bank accounts as soon as it’s completed. 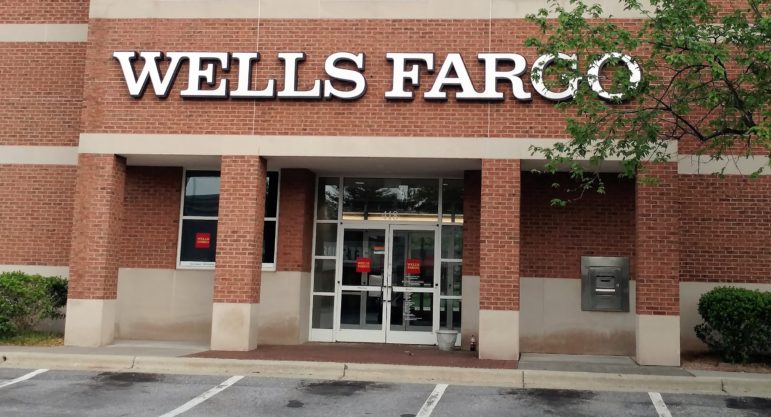