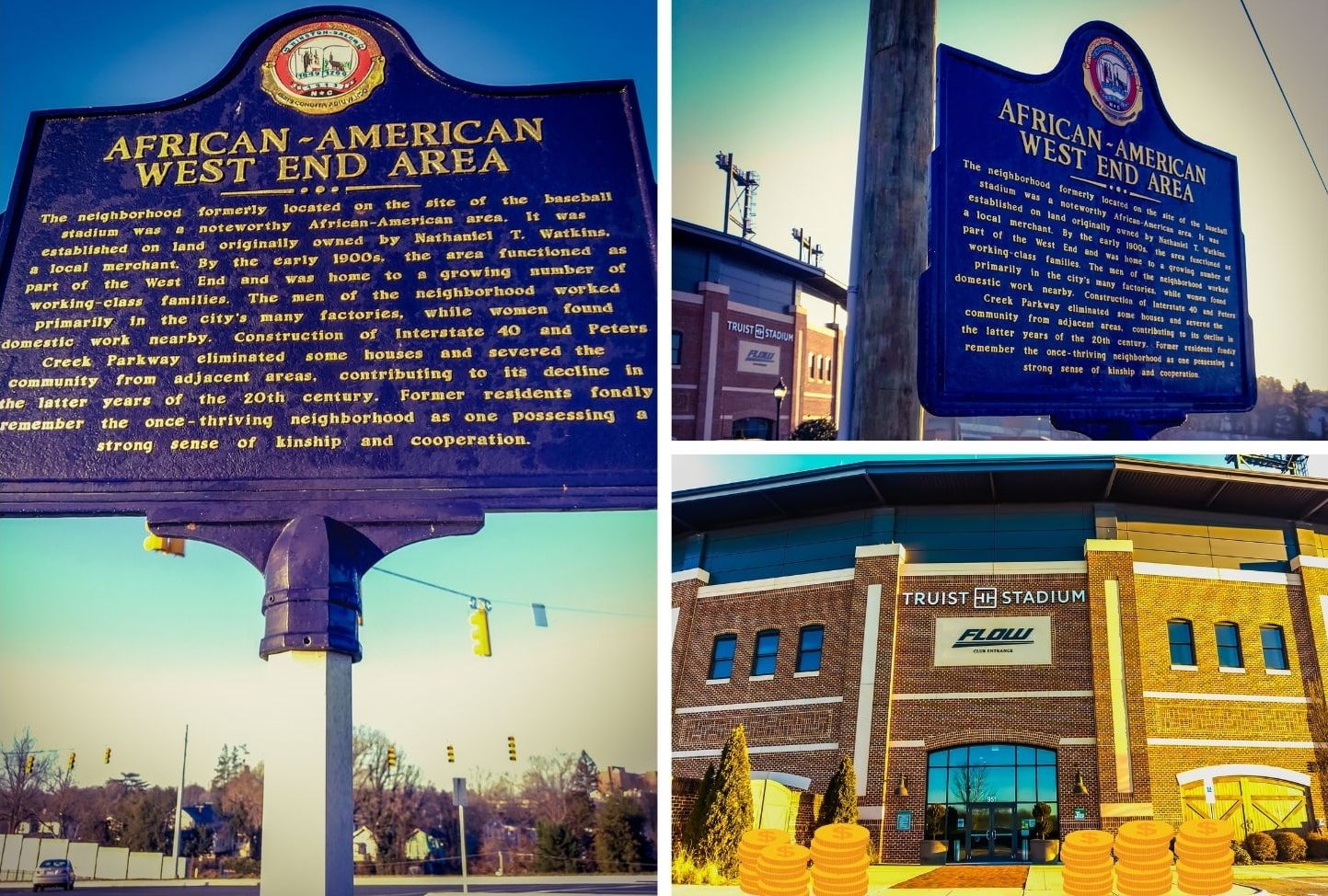 Today, I’m posting the first of what I hope to be many Throwback Thursday posts. Every Thursday, for the foreseeable future, I am planning on examining, at length, a video from the City of Winston-Salem’s YouTube channel and other sources. The City of Winston-Salem has a number of excellent documentaries that deserve more attention than they’ve received. For a middling, mid-sized city, Winston has a lot of great historical resources in print and on video.

It was very disingenuous of the City of Winston-Salem to have actively participated in the destruction of the Watkins Street neighborhood, the last remnant of the African American West End, then a few years later honor its historical significance. This is a phenomenon that is visible throughout Winston, from Silver Hill in West Winston to Happy Hill in East Winston. Historical markers in Winston are commonly used to honor Black history that the city discarded.

Unfortunalty, one of the largest losses of property and structure to date occured in late 2007, in a cutoff section of the West Salem neighborhood district of 1782. The northern section of the historic heighborhood became the Watkins Street neighborhood because of the invasion of Interstate 40 in the 1950s. Nearly everyone in the Twin City and surrounding counties knows this land today as the site of the new minor league baseball stadium developed by the City of Winston-Salem and Brookstown Development Partners, LLC.

However, few know of the history of this area. The lost housing stock around this neglected neighborhood, which borders Green, First, Peters Creek Parkway and Interstate 40, was rich in diverse history. African Americans had called this land home since the late 1700s, when the area was part of the Paper Mill Settlement in 1790. Between 1890 and 1905, Watkins at South Green, south to Granville Drive included an enclave of African American and white workers who called the street home.

The building of the proposed baseball stadium destroyed four houses that dated to the late nineteenth century at South Green and Watkins alone. Also lost to the proposed complex will be the Park Circle pocket neighborhood across from Peters Creek Parkway. These homes and their histories, as well as the Watkins Street community, were not reviewed or considered for preservation.

An unfortunate but undeniable pattern in the city’s black neighborhoods was their destruction. Thousands of blacks had come to Winston because of the job oppertunities made possible by R.J. Reynolds Tobacco Company and other manufacturing concerns, and blacks working in the factories lived close to those factories. Later, large area of these predominantly black residences were destroyed by the very force that had created them; as Reynolds Tobacco Company grew, whole neighborhoods were demolished to provide space for its expansion. The sucess of Winston-Salem State University also caused the demolition each decade of portions of Columbian Heights, the neighborhood it was built to serve. Demolitions there contunue to the present day.

Transportation corridors also caused major disruption and destruction of African-American Neighborhoods. Beginning in the 1950s, a number of neighborhoods were cut in half and partially destroyed when US 52, Interstate I-40, University Parkway, Peters Creek Parkway and other major traffic arteries were routed through areas of black housing. Large portions of many neighborhoods were destroyed for construction of throughfares which have become the boundary-defining lines of today’s neighborhoods, though differnet from the boundaries at the time of the development of the area.

I've lived in or near Winston-Salem all of my life. I have a B.A. in History and a B.A. in Political Science from WSSU. I'm blogging in an attempt to provide the context and criticism that Winston's paper of record often fails to deliver.
All Posts »
PrevPreviousNo More Free Rides. WSTA Resumes Bus Fares
NextUnion Station 2021, An UpdateNext