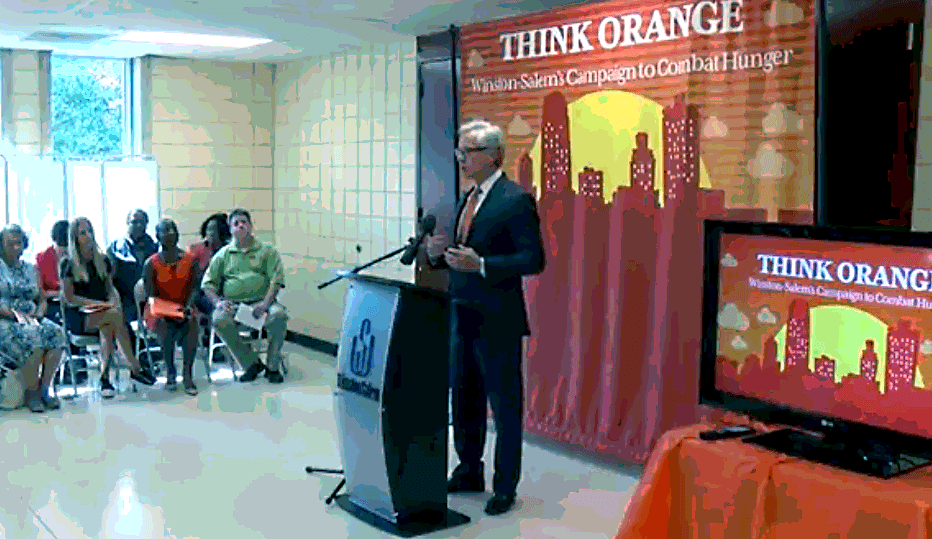 The City of Winston-Salem is largely reducing the multi-faceted problem of poverty in the city to food insecurity. Again, this is not a bad program; food insecurity needs to be addressed. But once the City Council ensures that children aren’t going to bed hungry, they need to address rising eviction rates, invest in affordable housing and work towards a longterm plan to address neighborhood segregation, unequal zoning regulations, and an inadequate public transit system. The County needs to stop prosecuting nonviolent drug offenses, address its separate and unequal schools, and distribute more resources to East Winston.

Instead of thinking orange, we should see red. When we see dire poverty in a community with so much wealth, it should upset us. It’s an injustice that so many people on the wrong side of Highway 52 live in homes unfit for human habitation while others in our city live pampered lives of luxury.

Mayor Joines’ phony war on poverty was announced in 2015 after a Harvard study named Forsyth County as the worst place in the country for economic mobility (besides two Indian reservations) and another study found Winston had alarming rates of food insecurity.

The longtime writer at the Journal now heads the Partnership for Prosperity; a non-profit initiative that in theory, works to implement the recommendations of the Poverty Thought Force. Thus far, the Partnership for Prosperity has held a series of poverty listening sessions and held classes to teach the poor how to budget. The toothless organization (that answers to the Mayor) hasn’t done much to address poverty in Winston.

Addressing poverty at the local level is going to take more resources than the City of Winston-Salem has. State and federal resources are needed. But with an annual budget of nearly $500 million, the City could be doing a lot more to address poverty in our divided city. 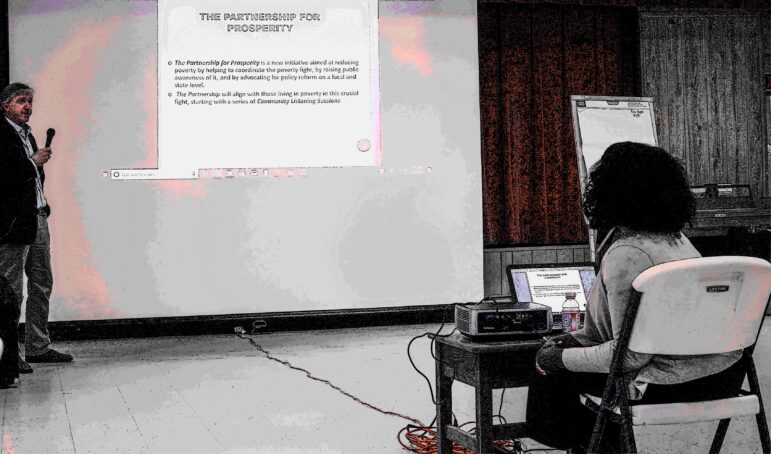 I've lived in or near Winston-Salem all of my life. I have a B.A. in History and a B.A. in Political Science from WSSU. I'm blogging in an attempt to provide the context and criticism that Winston's paper of record often fails to deliver.
All Posts »
PrevPreviousThe People’s Business: Week of September 16, 2019
NextWall Street Is Questioning Billy Prim, The People Of Winston Should Do The SameNext