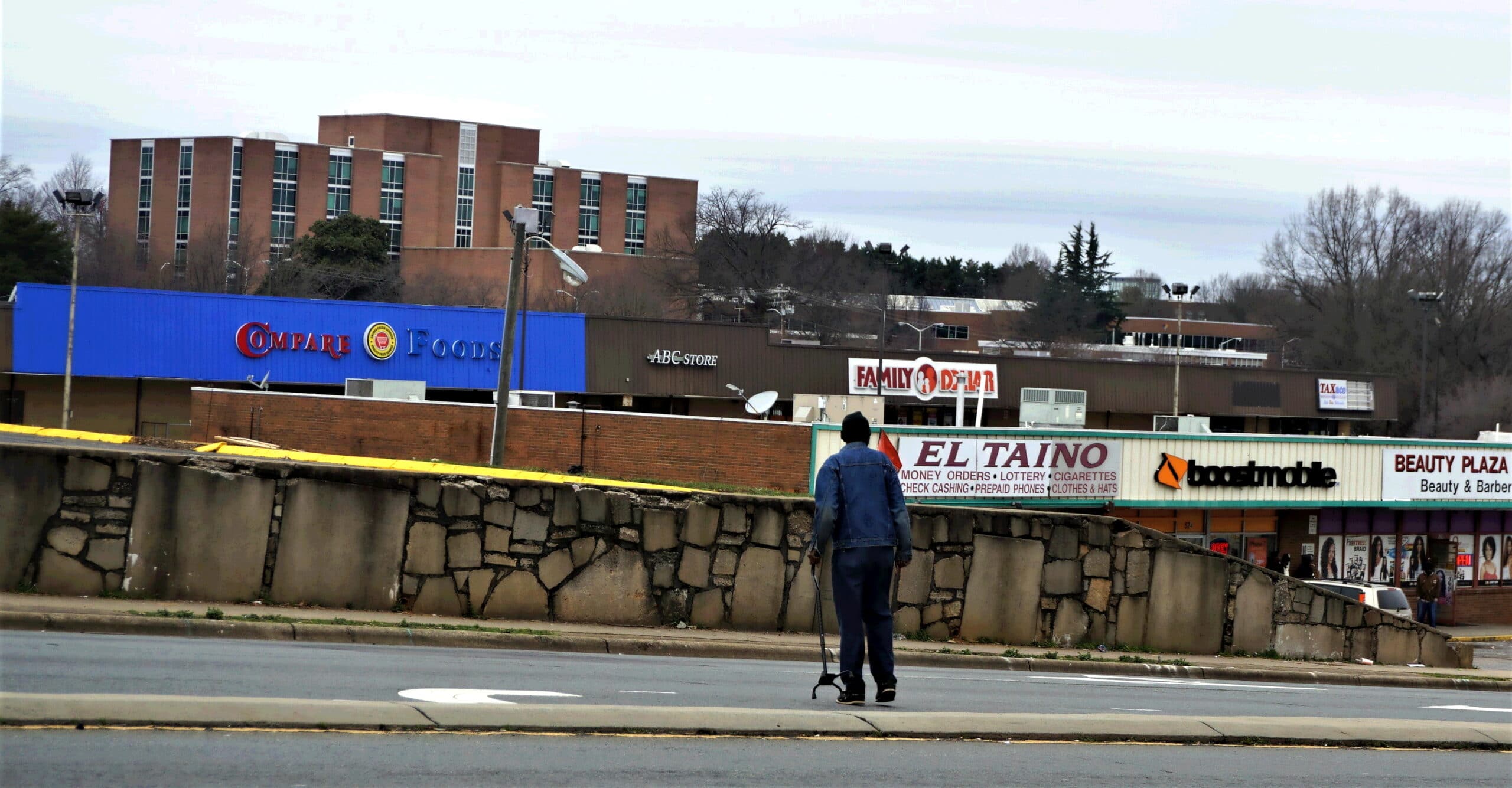 Last Thursday, just ahead of the Dr. Martin Luther King Jr. weekend, The Chronicle ran a piece on King’s visit to Winston back in 1964. King visited Goler Metropolitan AME Church as well as recently desegregated Wake Forest University. King’s visit to Camel City came just one year after his iconic “I Have a Dream” speech and less than four years before his 1968 assassination in Memphis, Tennesse. The Journal also covered King’s visit in a piece that they have run many times before. Both The Chronicle and Journal’s pieces are excellent.

But that got me thinking, beyond Dr. King’s visit to Goler Metropolitan AME Church (and Wake Forest), what other reminders of Dr. King are present in Winston? There is a plaque outside of City Hall’s main meeting room honoring the City’s approval of the Martin Luther King, Jr. holiday back in 1985. There is, of course, Martin Luther King Jr. Drive, which runs from Waughtown to Downtown Winston. The Golden Mile, as some call it, was changed from Claremont Avenue to MLK Drive in 1987. Like MLK Drives all across the country, Winston’s MLK Drive is closely linked with its African American community and the rich history of that community. 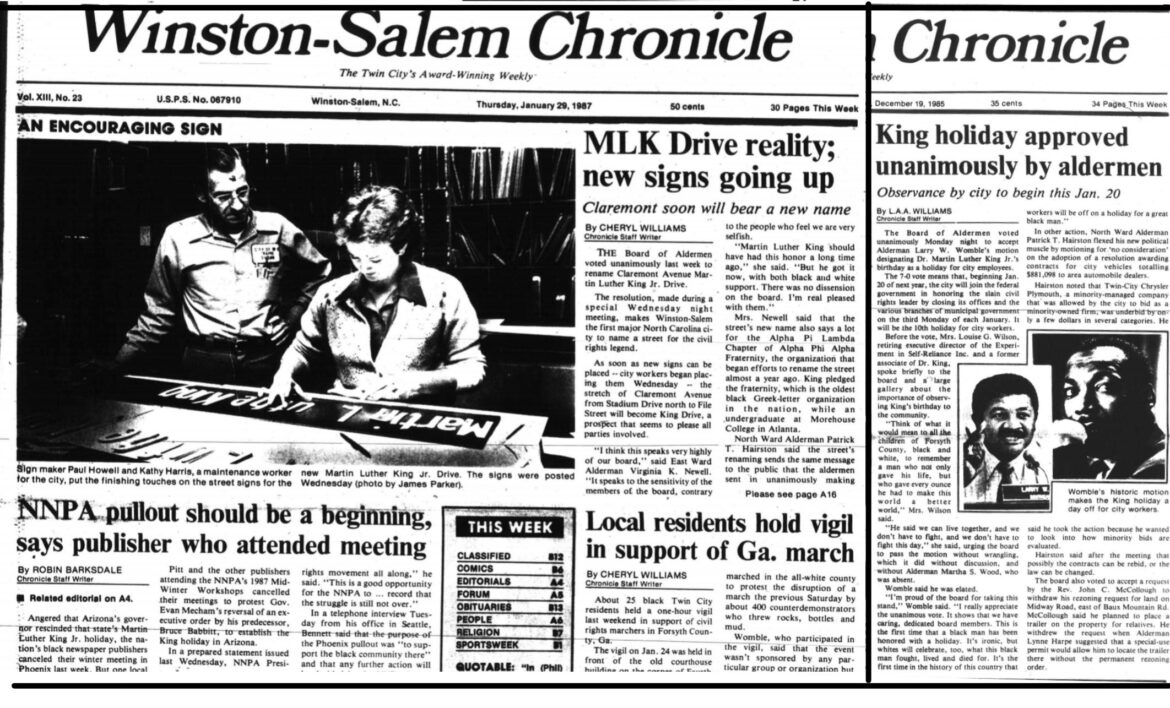 A quick walk or drive around Winston’s MLK Drive tells the story of the Black Liberation movement in Winston in a powerful way. Start at Mars Hill Baptist Church at East Fourth and MLK Drive. There you will find a historical marker for Local 22; the union led primarily by Black women that brought the mightily R.J. Reynolds Tobacco Company to the bargaining table in the 1940s. Though Local 22 was eventually defeated through dirty red-baiting tactics, that brief window of civil rights unionism remains the progressive high watermark of the city’s history. Local 22 preceded Dr. King’s visit by two decades. But if their union movement (part of Operation Dixie) had succeeded, we might very well have won more substantial civil rights victories than those that were won after Dr. King’s death. 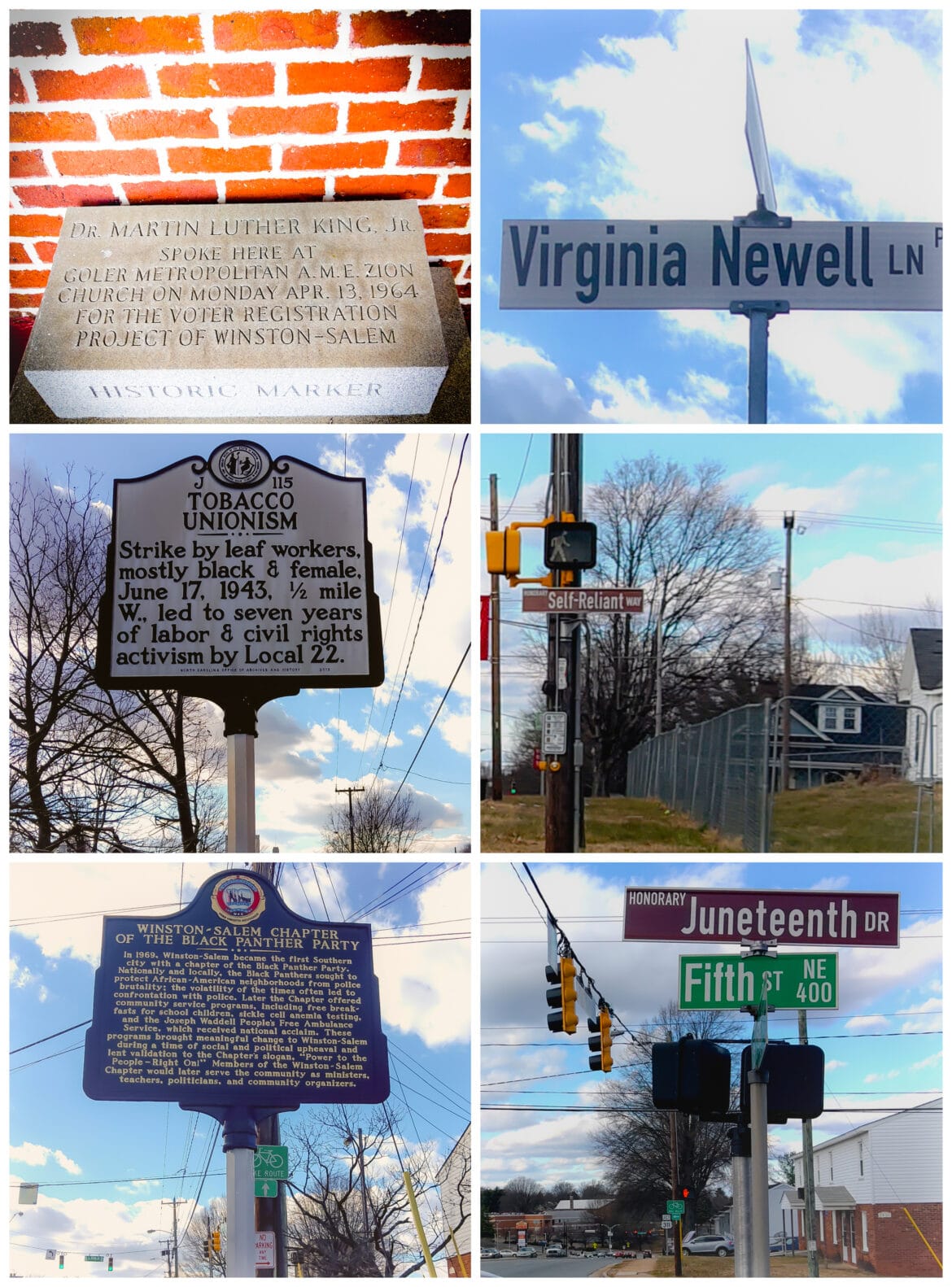 After visiting Local 22’s marker, cross MLK Drive and walk over to historic Goler Metropolitan AME Church, the site of Dr. King’s visit back in April 1964. Just outside of the church’s front entrance, you will find what looks like a grave marker, commemorating the day that Dr. Martin Luther King Jr. visited the Goler at East Fourth Street and Dunlieth Avenue. It’s a powerful thing to behold, a reminder that King did more than dream of kids holding hands. King gave his life fighting for justice and equality, against racist fascists.

From the Panther’s marker, backtrack down East Fifth Street towards the former City Hospital, and you will find Virginia Newall Lane. “In 1977 Newell and Mayor Tempore Vivian Burke became the first black women elected to the board of alderman (now City Council).” Newell was a long-serving alderman who advocated for building Black wealth. If you’re interested in an East Winston history lesson, search for Virginia Newell in the Chronicle’s archives.

“There is a Buena Vista in the East
Ward. The reason why we’re poor is
because we haven’t learned the
tricks to become…

From Virginia Newell Lane, the next stop chronologically on this Martin Luther King Jr. Drive/Black history tour is the honorary Self-Reliant Way at MLK and East Third Street. Experiment in Self-Reliance or ESR has been serving low-income residents of Winston-Salem/Forsyth County since 1964. I’m sure they do a lot of good things. But ESR is an example of the growing power and prominence of the non-profit sector. Moving away from movement-orientated politics that Dr. King espoused towards self-improvement and individual responsibility is no way to get to the mountaintop.

The last stop on our history tour is the honorary Juneteenth Drive. Located across from the Panther’s marker, Juneteenth was not part of the Panther’s 10 Point Program. The Panthers didn’t take days off. They didn’t have much to offer on the holiday front.

Juneteenth, of course, is the holiday that celebrates the emancipation of African Americans and the end of slavery. The City of Winston-Salem made Juneteenth a paid holiday for all City employees effective this year. But somewhat comically, when they adopted the holiday, they couldn’t agree on when it should be observed. Juneteenth is celebrated nationally on June 19, but locally, freedom was announced in St. Phillips Moravian church on May 21, 1865, by a Union Army cavalry chaplain.

I am all for celebrating Juneteenth. In many ways, I prefer Juneteenth to the problematic Fourth of July holiday. I’ll take African drums over the voice of Lee Greenwood any day of the week. But with a growing number of activists demanding action on affordable housing and reallocating a portion of the WSPD’s bloated budget for social programs, Juneteenth feels like a token gesture from a City Council unable or unwilling to embrace more radical demands that are desperately needed.

I've lived in or near Winston-Salem all of my life. I have a B.A. in History and a B.A. in Political Science from WSSU. I'm blogging in an attempt to provide the context and criticism that Winston's paper of record often fails to deliver.
All Posts »
PrevPreviousUnion Station 2021, An Update
NextHammering Hank Endorsed Joe Camel Decades AgoNext