Saturday, I went to the 14th Street School historical marker and an East Winston pep-rally broke out. I was pleasantly surprised to see how many folks turned out, approximately 50 people, possibly more.

That’s a stronger turnout than these type of ceremonies typically get in Winston. The vast majority of the crowd were wearing red, white, and blue t-shirts signifying that they were former students at the 14th Street School. There were a lot of old friends in the audience.

Often at historical marker unveilings, I wonder what exactly is being celebrated? Why aren’t we mourning for what has been taken from Winston’s African American communities?

But Saturday’s ceremony put the need to invest in East Winston front and center. Specifically, various local community members called on the County to build a new school on the corner of Cameron and 14th Street, where the 14th Street School stood for so many decades until it was demolished in 1973.

We might disagree with the priorities of our local officials and their practice of showering Downtown Winston with subsidies, while East Winston gets relatively little. After all, neighborhoods with the greatest need should get the most resources, not the other way around.

But at least our City Councilmembers still know how to speak to their base of support in East Winston, even if their proposals for change are problematic.

I expect to see more or less, the same local officials at each marker unveiling. I didn’t expect to see Congressmember Virginia Foxx was at the site of the former 14th Street School Saturday. Foxx looked like she would be more at home back in the hills of Watauga County.

Saturday might have been Foxx’s first visit to East Winston. And though Foxx spent her career in education prior to being elected to Congress, she had nothing of substance to say to the crowd of black folks honoring the memory of the 14th Street School.

It was worth noting that Virginia Foxx was at the historical marker unveiling Saturday and her potential opponent this fall, Councilmember D.D. Adams was absent.

Mayor Pro Tempore Vivian Burke, by contrast to Mrs. Foxx, was very much at home at the site of the former 14th Street School. The 14th Street School was where Burke started her career in education. Burke’s students, friends, neighbors, and supporters comprised the majority of the crowd.

Being surrounded by such a friendly crowd, Burke started preaching. The Mayor Pro Tempore was in rare form. Here are the best lines:

“You are capable, you are smart, you are part of this city, you pay taxes in this city and the money that is being distributed in this city should be distributed fair and equal. Our children should not be at the bottom of the totem pole.”

“It’s going to be up to us to step forward, to tell this City and this County we are tired of you pushing us to the back. Do you hear me Congresswoman?

“We are in your district, make sure that you include us in the right way.”

Watching Vivian Burke confront Virginia Foxx was entertaining. But there were other important voices at the marker unveiling.

Community leader Marva Reid, who gave me a brief introduction to her neighborhood when I was taking some pictures on Cameron Avenue the other day, had the most succinct and powerful words of the day.

Reid said, “classmates and people of East Winston, this is a time to release that anger, the confusion of why our school was demolished. Take that energy and rebuild a better school and a better East Winston.”

I appreciated the passion that was present at the former 14th Street School today. I just think that they need a bolder, more ambitious plan, something akin to what Cooperation Jackson has for Jackson, Mississippi.

We’re going to have to think big and not be afraid to upset the status quo if we want East Winston to reach its full potential. 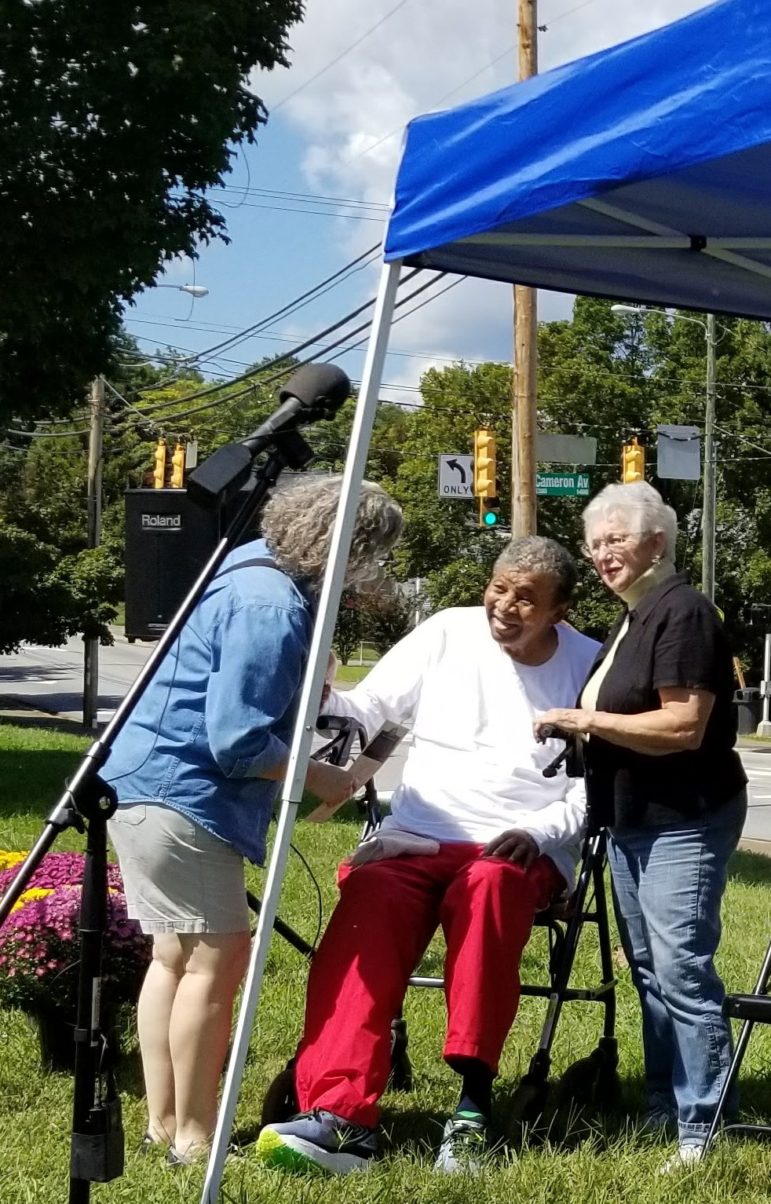 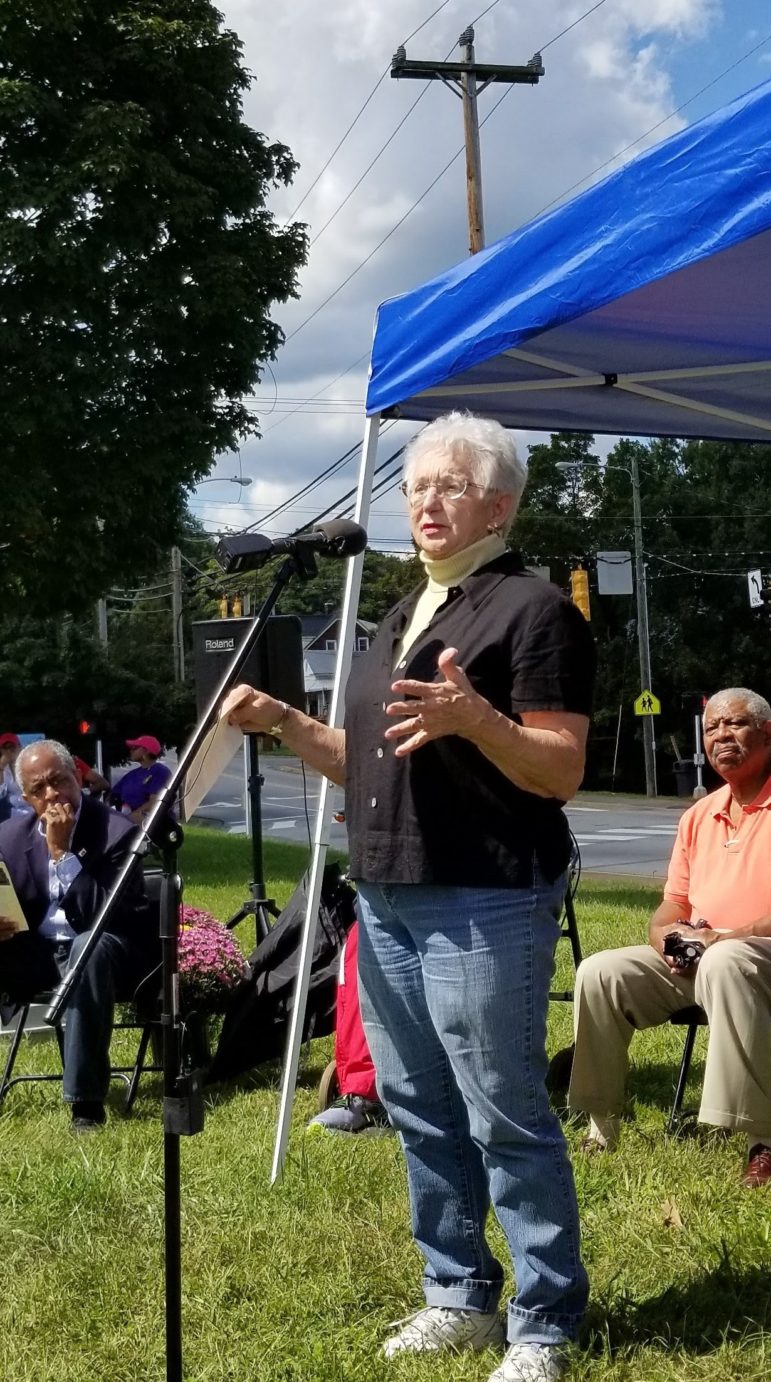 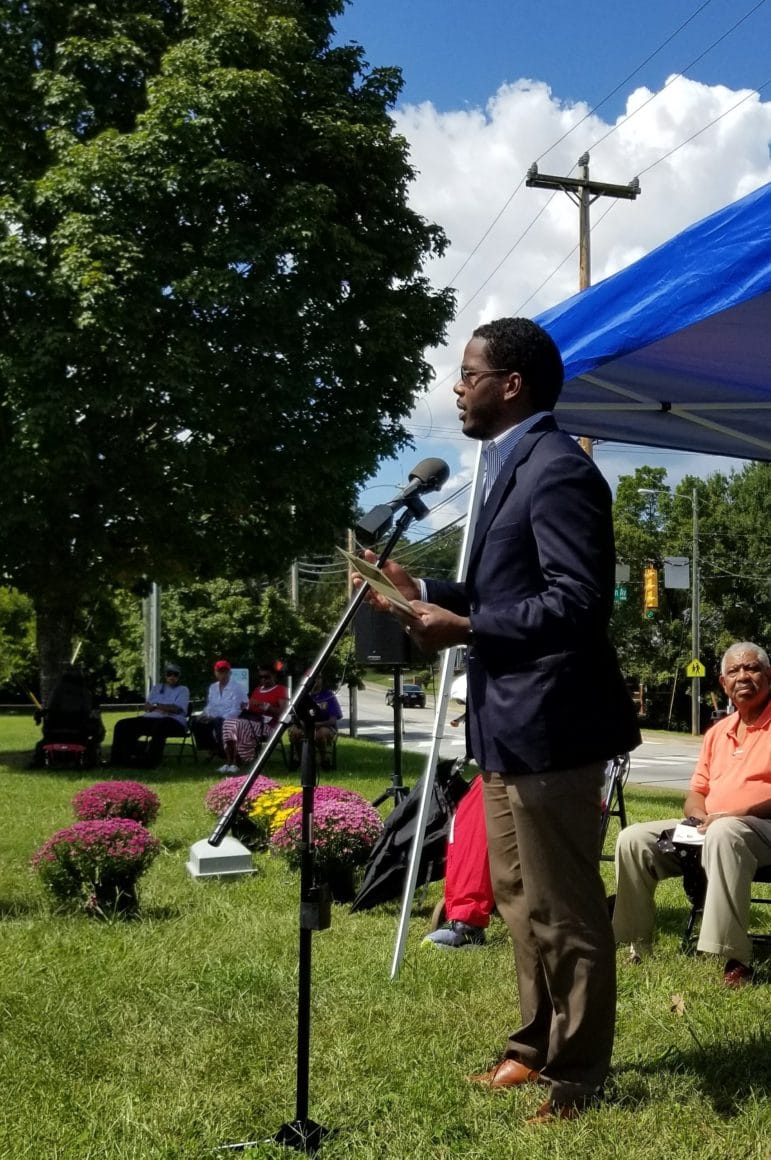 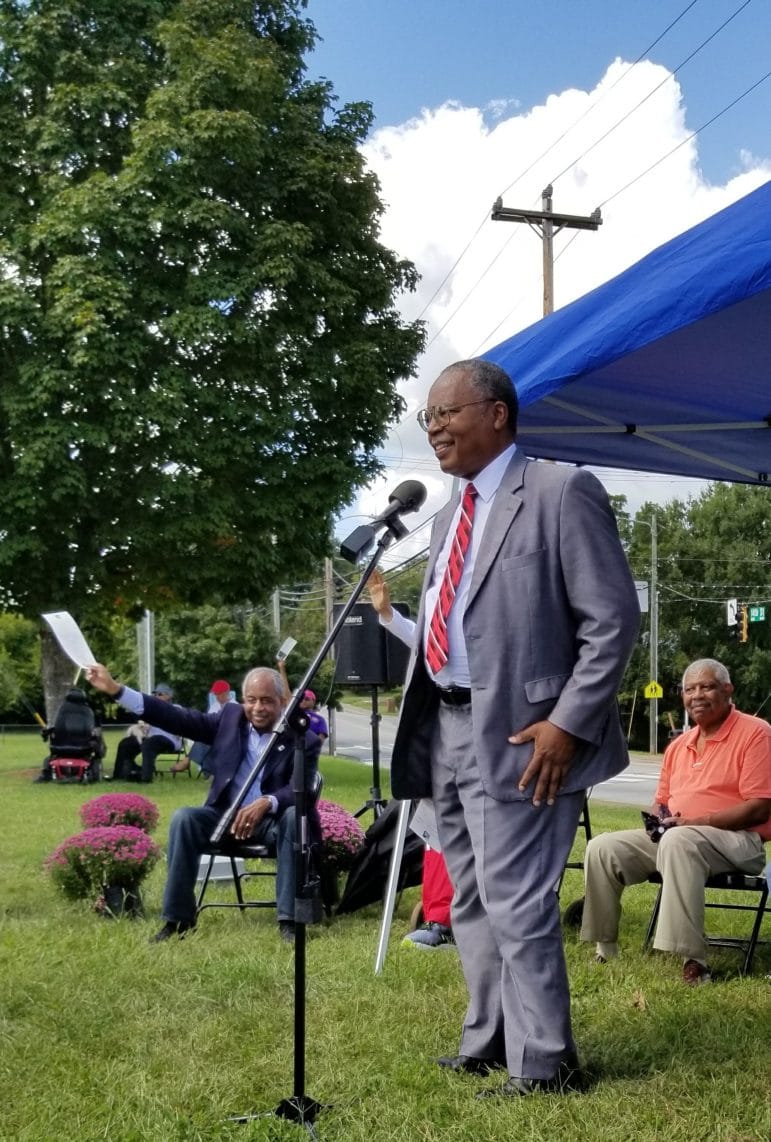