At next Monday’s City Council meeting, the council will finally decide what the new name for the Dixie Classic Fair will be. Tuesday, the General Government Committee failed to reach consensus. They were split. Some council members preferred Carolina Classic Fair while others supported the Piedmont Classic Fair. Both names lack originality. With the deadline to decide fast approaching, it’s apparent that the City Council botched the de-Dixification process. The City Council needs a Hail Mary, a last-minute miracle to save the day. To that end, I’m writing this post.

Initially, the City Council asked the Fair Planning Commission to come up with a new name. But the commission balked at that idea. So, the name change task of choosing the Dixie Classic Fair’s new name went back to the City Council. They reached out to the public for suggestions. But throughout this months-long, amateurish process, no clear replacement name for the Dixie Classic Fair has emerged-none that I like anyway.

In hindsight, the City Council underestimated the difficulty of replacing Dixie and failed to act with urgency. There are several other routes the City Council could have taken, such as hiring an outside consulting firm months ago.

Holding a competition with prize money would have produced a higher caliber of potential new names for the fair. The City could have reached out to the business departments of Winston-Salem State, Wake Forest, Salem, and Forsyth Tech, and asked their students to create a name to replace Dixie. Scholarship money could have been doled out for the winning name.

The City could have reached out to Reynolds American. Those tobacco executives know a thing or two about marketing. Cigarettes are equal parts tobacco and marketing. And similar to the City’s annual fair, cigarettes are unnecessary, expensive, and unhealthy. R.J. Reynolds’ ground-breaking “The Camels are coming” Ad campaign put Winston-Salem on the map in 1913. Seventy-Five years later, in the late 1980s, Reynolds’ infamous Joe Camel campaign kept Camel cigarettes competitive with Marlboros. The Reynolds American’s marketing department could probably repace the Dixie Classic Fair’s old, racist name in a day. They could even make the fair’s new name sexy!

In the end, it doesn’t really matter what name the City Council chooses. What’s important is that a racist name glorifying the old slave-holding South is gone. But beyond marketing brands, racist or neutral-material conditions are what matter most. Segregation and inequity in Winston are what the City Council should focus on, first and foremost. Naming the City’s annual fair is a secondary concern. Just because the City got rid of Dixie, doesn’t mean that they’ve gotten rid of Jim Crow.

Even though the fair’s new name is a trivial matter, I still would like the fair to have a decent name. I’ve had to live with the deplorably named Winston-Salem Dash for a decade now. I don’t want another name that annoys me every time I hear it. (Winston-Salem is divided by a hyphen, not a dash. The old joke was that after releasing Winston cigarettes and Salem cigarettes, Reynolds’ next brand would be the hyphen.) Carolina Classic Fair and Piedmont Classic Fair are so dull that they’re borderline offensive. They’re uninspiring compromises, broad geographical adjectives that would be better used to describe an event that’s regional or state-wide.

Even more appropriate is this being the Wake Baptist Wendy’s https://t.co/PtXt8P4YDh

I like Wachovia Fair, assuming Wells Fargo’s attorneys don’t have a problem with it. Wachovia, before it became a bank almost too-big-to-fail, was the name Moravian settlers gave to the land that would eventually become Winston-Salem/Forsyth County. The Wachovia Fair would have a natural tie-in with the City’s Historic Bethabara and Old Salem. Visitors could come to the Wachovia Fair, then come back later to visit our city’s heritage sites.

Foothills Fair is also an acceptable name. Winston-Salem isn’t in the North Carolina Foothills technically, but we’re close enough. A prominent craft brewer on Fourth Street certainly thinks that we are in the Foothills. If nothing else, Foothills and Fair go together well. Any graphic designer worth their salt could craft a slick-looking Foothills Fair logo. I’d buy that t-shirt!

A Wake Forest Fair will never happen. But a WFU Fair would give Wake Forest University a chance to embrace the city’s unwashed masses. They could pick up the tab for the fair’s expenses and put some money in the City’s coffers, for a change. Wake Forest could add a sports-fan component and a charity component. The fair is in Wake’s backyard; they should consider making the most of it! What else are they going to do with the $1 billion that they just raised?

After much consideration, New South Fair is a name that I have come to love. A New South Fair would be a repudiation of Dixie. It’s also a bold, new name, not a retread like Carolina Classic Fair or Piedmont Classic Fair. Winston-Salem is a New South City (see Katharine and R. J. Reynolds: Partners of Fortune in the Making of the New South). In addition to New South being a relevant historical term, it also has an aspirational aspect to it. It describes the city that Winston-Salem could be, not necessarily the city that it is.

The City is welcome to use any of the names that I suggested without attribution. Of course, the City Council doesn’t have to listen to me and probably won’t. But I hope the Mayor and members of the City Council are soliciting advice from their more creative friends and family members. Because as November approaches, it’s apparent that our council members who craft mundane city regulations, codes, and ordinances are ill-equipped to rename the Dixie Classic Fair! 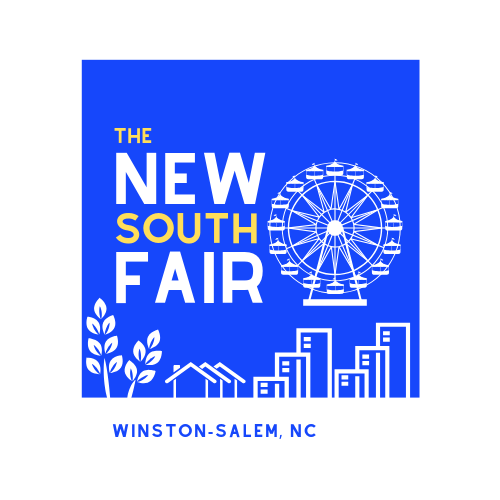 I edited this article multiple times after posting it. Apologies to anyone who read an earlier draft.