Rep. Kathy Manning spoke at Triad Arts’ Juneteenth Celebration yesterday at the Innovation Quarter (previously the Black neighborhoods of Belews Street and Depot Street). Manning did an excellent job in her short speech to the crowd. Manning mentioned her support for making Juneteenth a federal holiday. More importantly, she stated her support for the George Floyd Justice in Policing Act. I appreciated Kathy Manning’s acknowledgment that “this country was built by enslaved people. And what we all benefit from today was the result of backbreaking by people who were enslaved. We all benefit from what they did for this country.”

Then Manning parroted President Biden, saying, “we are going to build back better in a way that is more equitable.” That’s a nice slogan, but where is the evidence of Biden building back more equitably? If anything, the opposite is true; the pandemic has dramatically increased the nation’s racial wealth gap.

Manning is good on racial justice domestically, but how do you square her support for racial equity in this country with her hawkish support for apartheid Israel? Manning acknowledges one of America’s original sins, the enslavement and systematic exploitation of African Americans. But what about the sins that Israel committed when it was founded in 1948 and all the crimes it’s committed since? Israel is a racist, militaristic, settler-colonial project. It’s worse than apartheid South Africa. It’s beyond hypocritical to celebrate Juneteenth here in the states and simultaneously support Israel as it violently suppresses the aspirations of the Palestinian people. 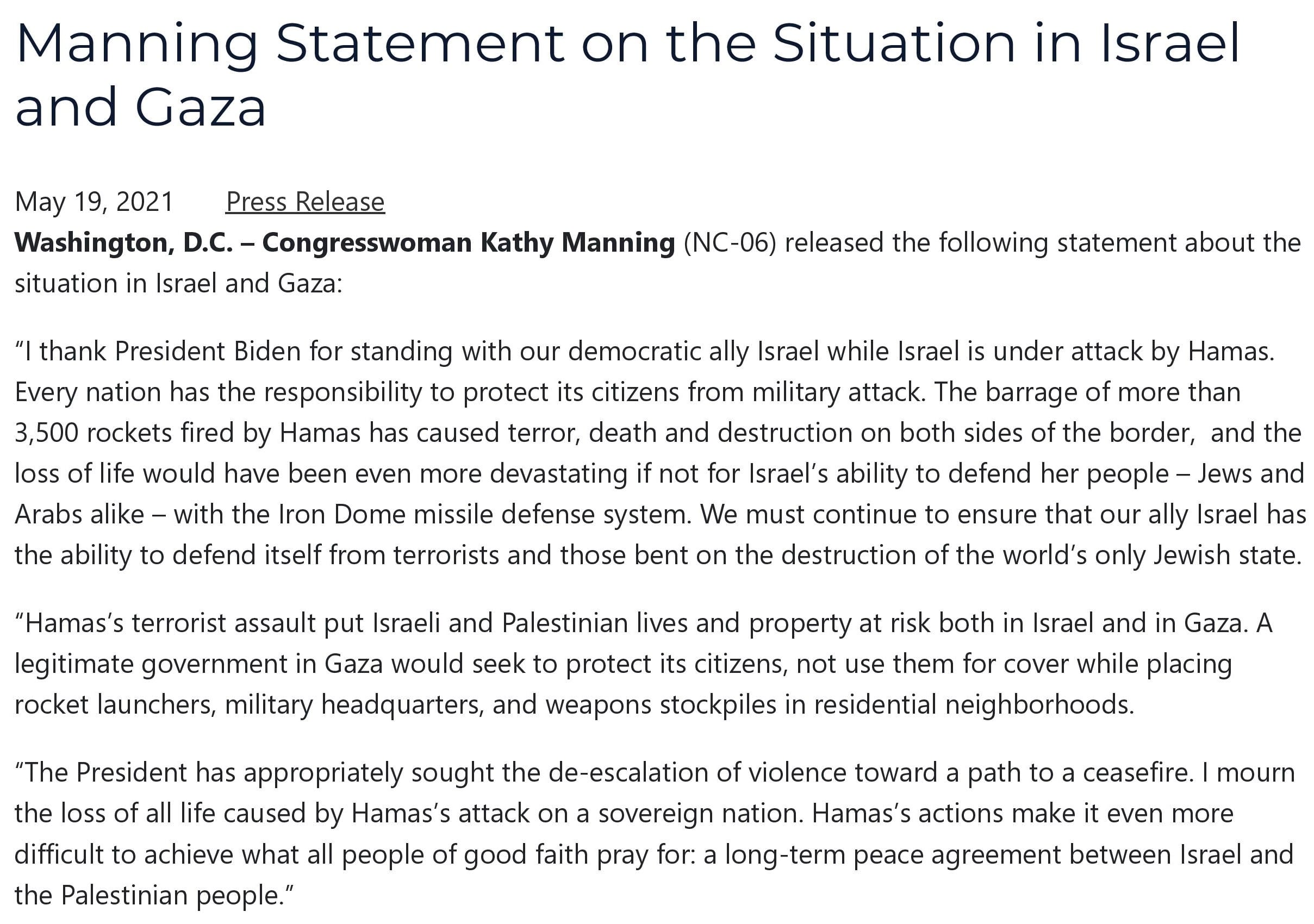 Justice at last.
Freedom for all.
True democracy.

To fulfill the promise of our Constitution, we must continue to fight for justice and equality for all Americans. #Juneteenth. pic.twitter.com/VywgXZ8WHn

Thank you @RepKManning for your leadership and for standing with our ally Israel.

No country would tolerate thousands of rocket attacks against major cities and population centers. Israel has the obligation and duty to defend its citizens. pic.twitter.com/JCQQXYQlby