Winston was sad to see its beloved little music venue (the Garage) close on New Year’s Eve. The question now is, what should Winston do to promote live music in a city that calls itself, “The City of Art’s and Innovation?” Public ownership of Winston’s shuddered music venues is a solution worth exploring.

Downtown Winston’s success killed The Garage. Bars and breweries now line Trade Street and Liberty Street. The Garage’s fate may have been sealed when Tucker Tharpe’s former business partner opened a rival club, Test Pattern, across the street from the Garage in 2016. Ultimately, The Garage couldn’t survive all the competition that resulted from the downtown revitalization that it helped to encourage.

From 2000-2017, The Garage was the class of Winston’s fledgling music scene. It consistently hosted great live music shows under its famous “big ass fan.” Its closure leaves a void in Downtown Winston. Sadly, Winston no longer has a music scene. 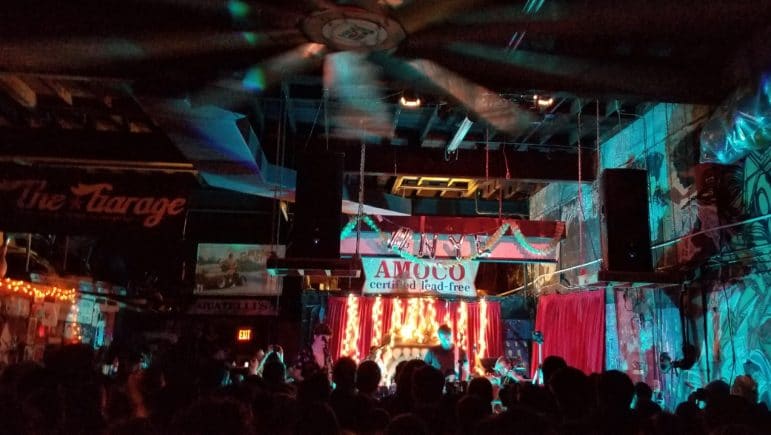 Years ago, Winston had a thriving music scene. Looking back, it’s amazing all the great musicians that Ziggy’s on Baity Street was able to bring to the city. But things have changed over the years and not for the better.

The music industry has changed. Winston isn’t a town that musicians stop at anymore. They go to the Triangle, Charlotte, Greensboro or even Ashville, but not Winston.

So now we have a coliseum that rarely hosts concerts, and some other occasional music venues; SECCA, The Barn, and The Millennium Center. Test Pattern and Bull’s Tavern continue to host concerts, but they are the exception that proves the rule-Winston’s music scene is dead.

To address the collapse of live music in the city, I propose that the City of Winston-Salem consider purchasing the Garage and/or Ziggy’s.

Both properties are owned by real estate developers. One or both of the owners might be willing to sell. Ziggy’s has been closed for two years next month. I’m guessing that the owners of Ziggy’s 2.0 on West 9th Street would be happy to unload their property to the City. The owners of the Garage might sell too. Both properties have their own unique challenges for any prospective tenant.

The City could take a portion of the $8 million that they made from the sell the LJVM Coliseum and purchase the Garage and/or Ziggy’s. Or the City could add the acquisition of the Garage/Ziggy’s to their upcoming bond proposal. The City could find the money somewhere if the city council so desired. 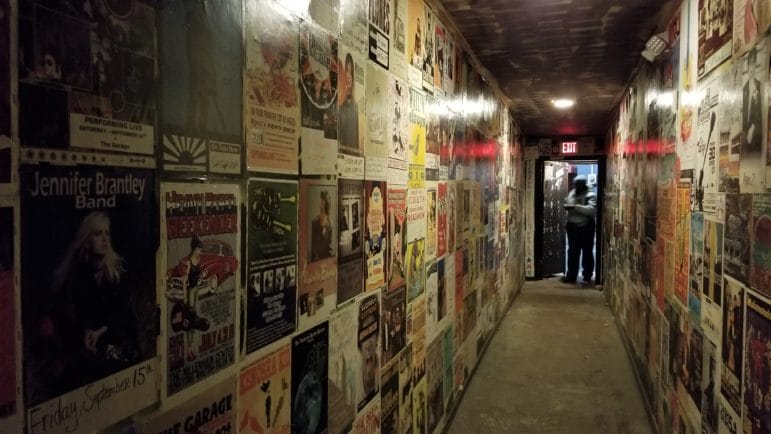 Public ownership of a music venue might seem crazy at first, but remember that Greensboro owns the Greensboro Coliseum. The City of Winston owned the LJVM Coliseum until 2013. It currently owns the W-S Fairgrounds, and a racetrack/football stadium-Bowman Gray Stadium.

A music scene is nothing to take for granted. Concerts build community. Winston has many talented musicians, the Vagabond Saints are a testament to that. If the private sector can’t or won’t sustain live music in Winston, it might be time for the City to step in.

Live music helped get Downtown Winston off the ground. Summer on Trade (now Summer on Liberty) and Downtown Jazz brought people downtown at a time when people didn’t come downtown. (It’s hard to overstate how much pessimism there was regarding DTWS in the 1990s).

But, Summer on Trade, unfortunately, undercut The Garage by offering something for free that the Garage was charging for. Instead of promoting live music in the streets, The City should run a club for the public’s benefit. 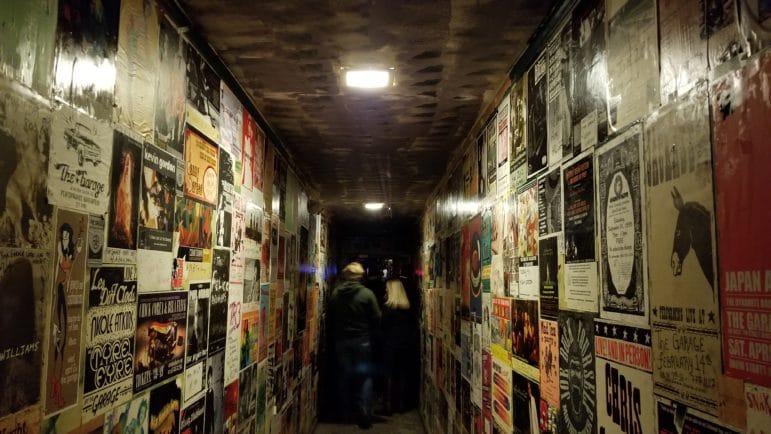 Today, we have a revitalized downtown, but no live music scene. Live music is the soul of any halfway decent downtown. Without it, a downtown’s buildings feel cold and meaningless.

On New Year’s Eve, I took some time to soak in the Garage’s last concert. I was struck by how much history that place has. The posters that line its entrance are a testament to the community that The Garage fostered. The Garage was a sacred space for the city’s music enthusiasts.

In an age where everyone is constantly staring at screens, collective experiences, such as concerts are more valuable now than ever. The Garage and/or Ziggy’s could be run successfully by the City. If they lose some money, it would still be to the public’s benefit.

Supporting live music, not in the streets, but in an actual club would benefit nearby bars, restaurants, and hotels indirectly by drawing more people downtown.

The City could book local and some regional/national acts. It would be important that the City’s music venue(s) host a wide variety of music. An emphasis would need to be placed on making sure musicians that cater to Latinx and African American tastes consistently come the City’s new music venue(s). That’s an area where Winston’s music clubs have been lacking in recent years.

The private sector has shown a great deal of creativity when it comes to opening bars and restaurants in Downtown Winston, but they have largely abandoned the music business. It’s time for the City of Winston-Salem to make music in Downtown Winston its business. 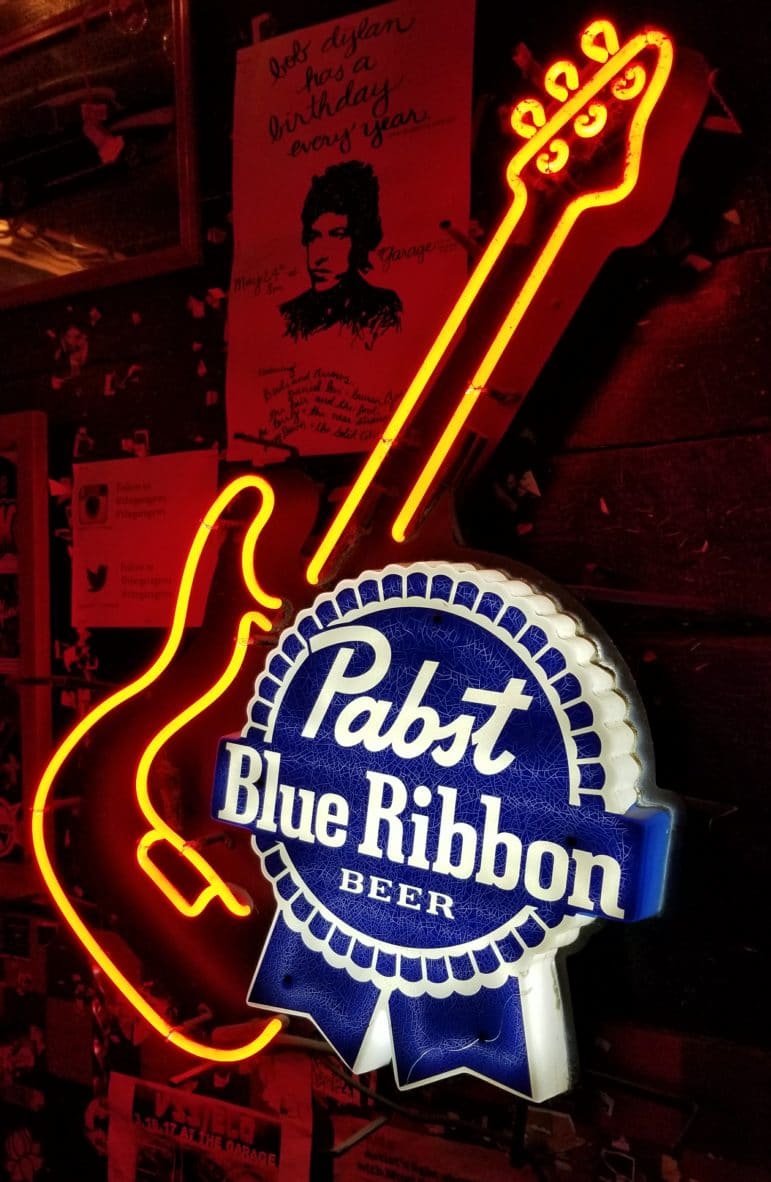