Wednesday, March 14, 2018, will be remembered as a day of action against gun violence. It was the one-month anniversary of the mass shooting in Parkland, Florida that took the lives of 17 students and staff members at Marjory Stoneman Douglas High School.

Across the country, students walked out of their classrooms to protest Congress’s failure to pass sensible gun control measure that would decrease the frequency and severity of mass shootings. Locally student walkouts varied from school to school. Many Winston-Salem/Forsyth County students walked out of their classes at 10 a.m. for 17 minutes to honor the 17 victims of the country’s most recent mass school shooting and then returned to their school day.

Also at 10 a.m. Wednesday, while students were walking out of class, protestors assembled outside of Richard Burr’s office. For a good summary of the protest, read Triad City Beat’s account of local liberals in Burr’s hometown who are tired of Senator Burr’s indifference to gun violence. 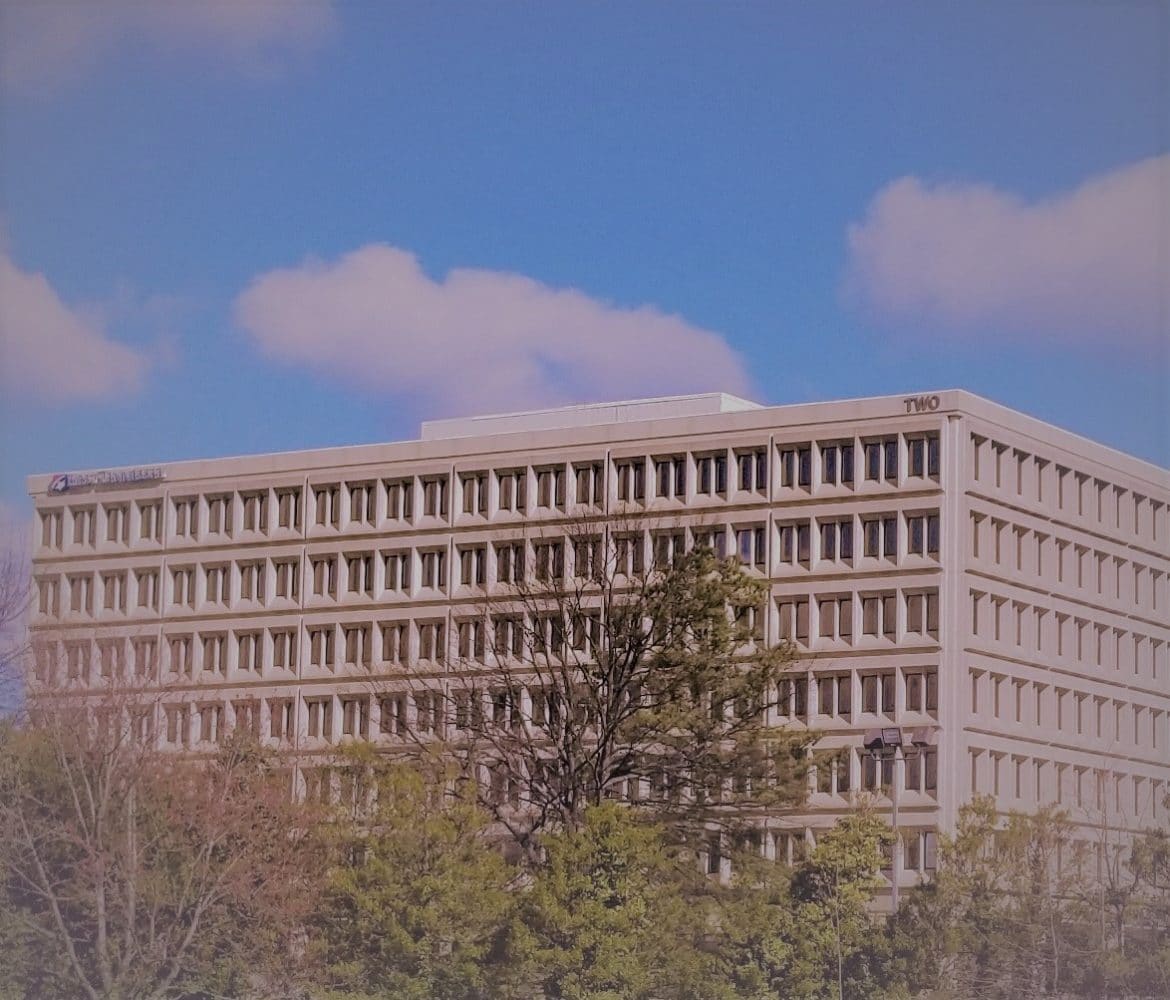 Piedmont Plaza viewed from First Street, looks like a microcosm of D.C., and therefore a microcosm of the problem of the military-Congressional-industrial complex that places the prerogatives of weapons manufacturers above the safety of individuals, from Parkland, Florida to the tribal regions of Pakistan.

As mass shootings have become more common, NRA money and political shenanigans have made passing new gun control laws impossible, even after Sandy Hook! Richard Burr has received over $7 million from the NRA, second only to John McCain in all of Congress. 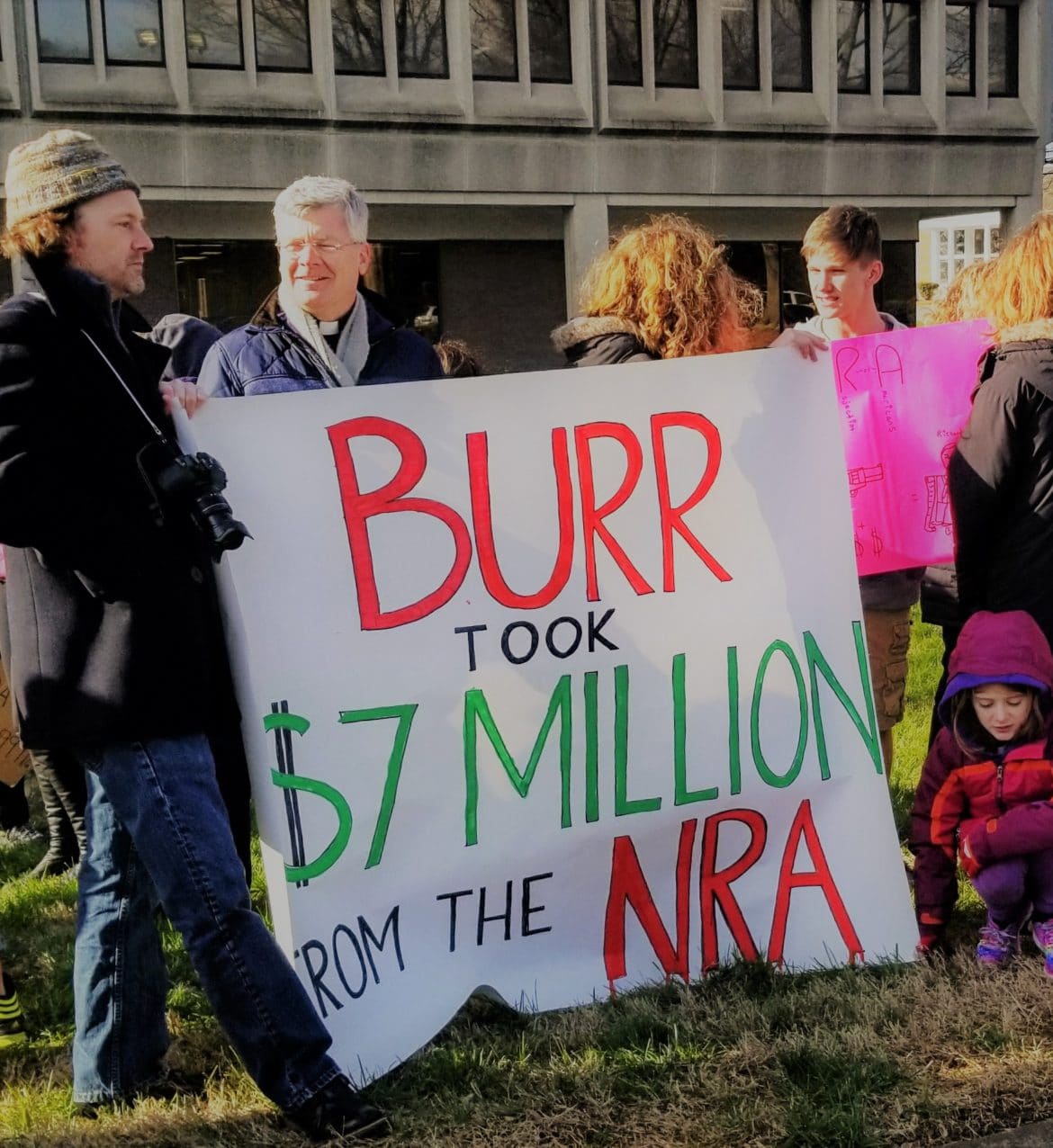 I stand with all of the activists who came out on the one month anniversary of the Parkland mass shooting to shame Richard Burr for being in the pocket of the NRA.

While at Piedmont Plaza Wednesday I remembered protesting at that very same location in the run-up to George W. Bush’s invasion of Iraq 15 years ago. Before Wake Forest and First Tennessee bank put their signs at the Miller and First Street intersection, Community For Peace, a local antiwar group held numerous protests there in an attempt to avoid another invasion of Iraq.

Back in 2001-2003, we stood there at Five Points with signs and candles. Community For Peace, a local peace group that like Piedmont Airlines and McLean Trucking is long gone, but it was a small part of the largest anti-war movement in the U.S. since the Vietnam era.

But sadly, the war in Afghanistan is still ongoing. And while the Iraq war is over, it has morphed into a  mini world war in the Middle East that spawned ISIS and could very well escalate.

Uncle Sam is currently responsible for immeasurable suffering in Afghanistan, Yemen, Libya, and Syria. Going forward, as we call for gun control legislation, we need to also call for an end to foreign wars that kill innocent civilians in countries that most high school students would have difficulty finding on a map.

The protests in front of Richard Burr’s office are important. But it’s important for activists to simultaneously oppose wars abroad and oppose the proliferation of military-grade weapons here on the home front.

It’s a shame that all too often liberals, such as some of those protesting at Senator Burr’s office on Wednesday are obsessed with the corporate media’s accounts of Vladimir Putin’s exploits while they more or less ignore the carnage produced by our nation’s war machine.

A sustained campaign to protect our kids means carrying about innocent lives lost in this country and abroad. The gun control movement needles to reignite the antiwar movement if it has any real channce of succeeding.