On the other side of Downtown Winston, Thursday afternoon, Krankies hosted a Community Meeting with Senator Nina Turner and Susan Sarandon. Turner and Sarandon were joined at Krankies by local Democratic activist, Jenny Marshall. All three women gave substantive reasons why we need Bernie Sanders in the White House (affordable housing, the environment, jobs, health care for all, Wall Street accountability, etc.). None of them mentioned Donald Trump or any of Sanders’ rivals in the Democratic Party Primary.

The Journal’s coverage of the Turner/Sarandon community meeting focused mostly on actress Susan Sarandon. But they didn’t report her best line. Sarandon told the capacity crowd at Krankies that we are not talking about “vote your vagina.” That’s how you reject identity politics! I’d love to see a woman elected to the presidency, but Bernie is the best candidate on the issues. While Sarandon made an earnest case for supporting Bernie, it was Nina Turner who was the star of the show.

Sen. Nina Turner was terrific Thursday! She’s blacker and stronger than any coffee they serve at Krankies! She’s a powerful speaker with a talent for speaking truth to power. As Turner spoke, I was reminded that Pam Grier, the iconic film star who embodied Black feminine power in the 1970s who was born less than a mile from Krankies.

“I really can’t understand how we go from yes we can to no we can’t.”

Turner expressed the wisdom of both the Black radical tradition and New Deal reformers. She reminded the Sanders supporters at Krankies of the importance of this election. She broke down the arguments against Sanders’ politics and the smear campaign that is being waged against him. Turner told the crowd that she couldn’t understand how we go from “yes we can” to “no, we can’t.” She spoke of the urgency of now and of the possibility that today holds. She went on to describe Sanders’ policies “as not radical, but right on time” for people in need. Turner ended her talk by asking the crowd, “which side are you on?”

Turner’s vision of a Bernie Sanders administration is consistent with the vision that the members of Union Local 22 had when they organized R.J. Reynolds in the 1940s. Local 22 believed in civil rights unionism, a merging of workers’ rights with housing rights, and civil rights. Local 22 confronted the hegemonic power of the local ruling families (the Reynolds, Gray, and Hanes families) decades ago. Today, Bernie Sanders is challenging entrenched Wall Street elites and despite decades of public service, he’s being unjustly smeared and undercut by the media and DNC. 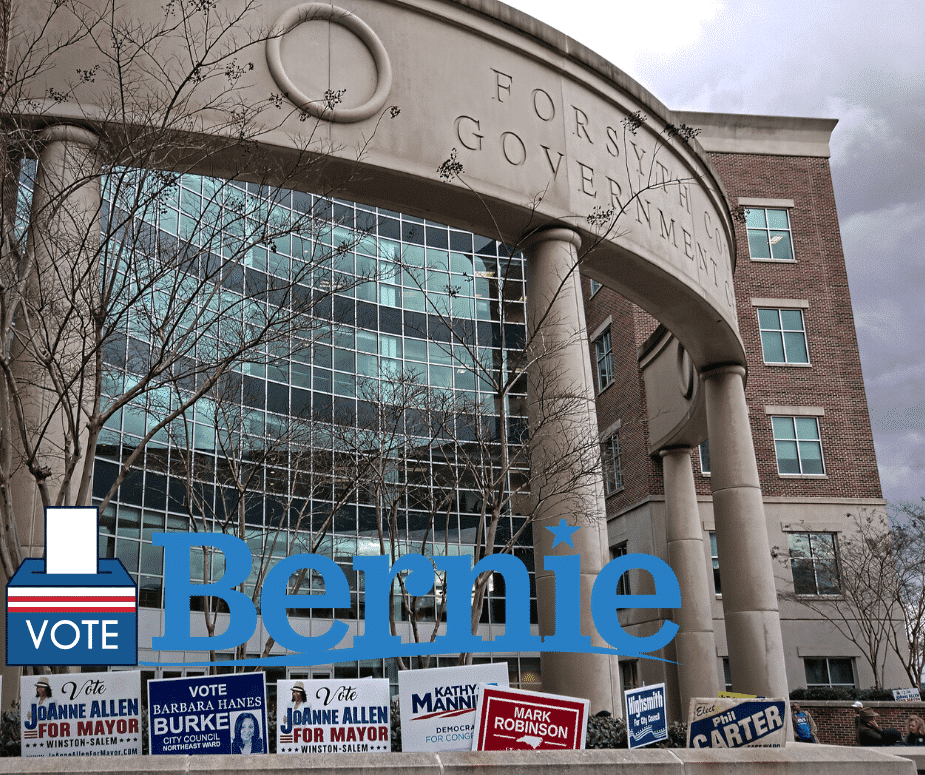