The property on New Walkertown Road that was home to a Church’s Chicken for many years has a new owner. Goler Community Development Corporation’s spinoff now owns the property and building. After Goler CDC and its partners rehab the building, it will be reopened as a Zesto franchise.

The Winston-Salem Chronicle reported on Goler’s acquisition of the former Church’s Chicken when the matter was before the City Council. Yet many questions remain about Winston’s latest public/private business venture.

First of all, why is the City of Winston-Salem investing in another restaurant? The Winston-Salem Journal’s Scott Sexton has detailed in multiple articles what a gigantic failure the City’s loans to Malone’s Family Restaurant have been. The City will not be recouping the money that it gave Malone’s.

The process should be transparent and should avoid funding entrepreneurs connected to members of the W-S City Council.

The redevelopment of Church’s Chicken looks fishy to me. It looks like it’s an attempt to enrich the developers, not ordinary workers.

Their latest luxury apartment building opened earlier in the summer. They have a long history of doing business with the City.

But to my knowledge, this is their first property development on the other side of Highway 52.

GCDC, LLC, Goler CDC’s new LLC will operate the new Zesto. GCDC, LLC applied for a $100,000 small business loan from the City. The Chronicle hasn’t reported on whether or not they have received the loan.

But why did they buy the property on New Walkertown? They could have signed a lease and perhaps purchased the property at a later date, once the business proved to be successful.

The property that Goler bought has some real issues. It is a busy intersection. There should be plenty of traffic to sustain a business. But it’s a small restaurant, with limited seating and relatively few parking spaces.

When and if the new Zesto succeeds the property can’t be expanded. But beyond the suitability of the property, why the hell is Goler bringing a Zesto restaurant to East Winston?

There isn’t a Zesto franchise in the entire state. 2600 New Walkertown Road hardly seems like a place to introduce a new brand to North Carolina.

Zesto is a failed competitor to Dairy Queen. They’ve been around for decades, but they’ve never thrived. Their menu is somewhat similar to Char’s or Kermit’s.

I’d love to see a restaurant with a healthy menu come to New Walkertown Road. But with that objection aside, a new Kermit’s on New Walkertown would be fine.

Kermit’s would get a much warmer reception from the community than a Dairy Queen-like restaurant that no one in Winston is familiar with.

Kermit’s has been on the corner of Waughtown and MLK for over 50 years now. It’s a brand that East Winston knows. Kermit’s has an old school feel that people like and their prices are affordable.

But Kermit’s is not an economic catalyst, it’s just a burger joint. If we’re lucky, the new Zesto will be around half as long as Kermit’s has been and provide half the jobs to the community that Kermit’s has.

But there is zero chance that the Zesto on New Walkertown will transform the neighborhood. Why on Earth is this new Zesto being sold to the public as if it’s a game changer for East Winston?

The Chronicle quotes Goler CDC President Michael Suggs as saying, “Zesto will be successful there and will help spur development in the area.”

Really? Is this the best that the City Council has to offer East Winston?

Perhaps it’s time to ask Councilmember Montgomery, “where’s the beef?” Where are the jobs and economic growth that East Winston needs and deserves?

Opening a Zesto is not going to instantly (or presto!) turn East Winston around. At best it will provide some jobs to the community (no word yet if Zesto will pay a living wage) while it enriches Goler and its partners.

At worst the new Zesto on New Walkertown will be another bad loan the City Council approved, but the taxpayers will have to repay.

Whether Zesto succeeds or fails, we should all be asking why the City Council is giving hundreds of thousands of dollars in loans to fund a second-rate fast food restaurant? 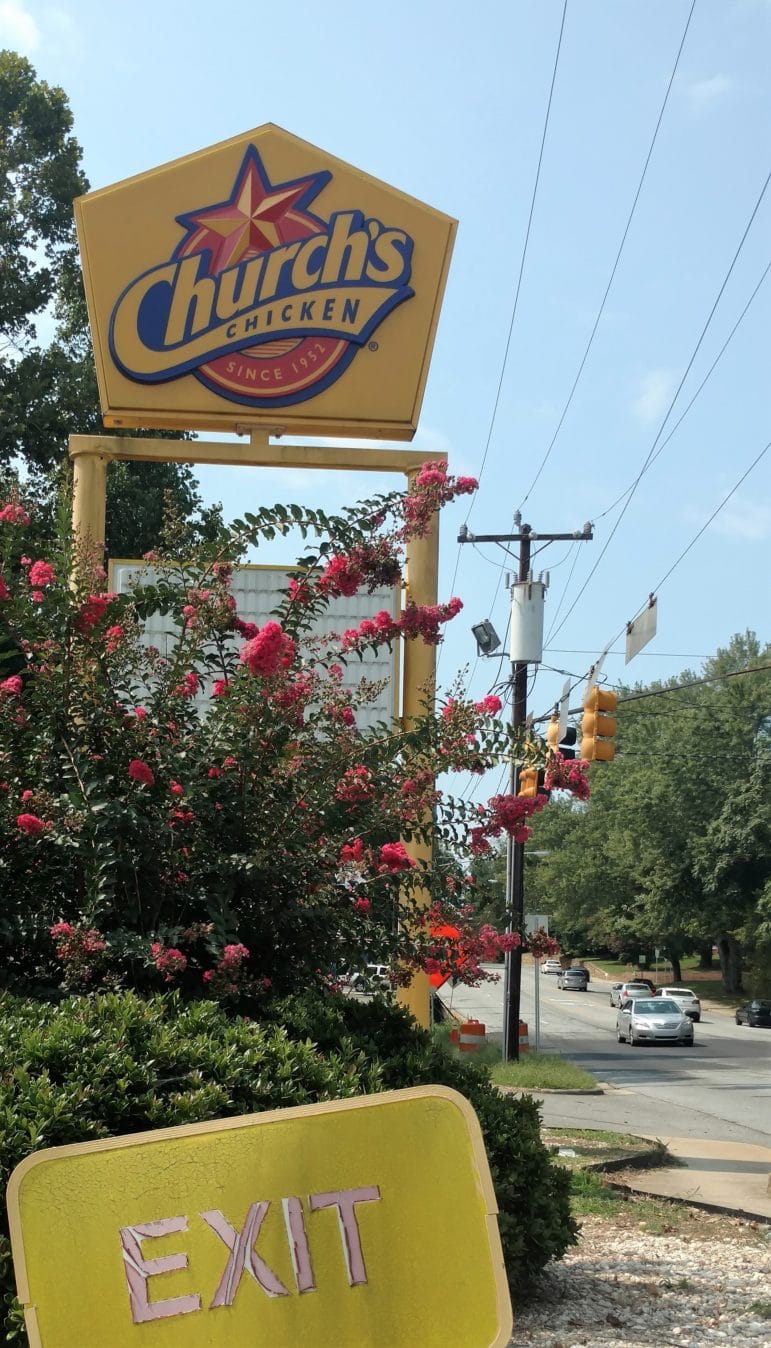