An hour-long service was held at the Millenium Center, the site of many protests during the 1960s. With students and faculty from WSSU and Wake in attendance, Dr. Hatch emphasized the fact that white students from Wake Forest made common cause with Winston-Salem State’s students in February 1960. Working together, WSSU/Wake Forest students played an integral role in the first sit-in victory in North Carolina.

Wake Forest was a segregated, white’s only school at the time, and sixty years later, racism is still a problem at Wake Forest. Earlier in the week, Dr. Hatch apologized for his university’s participation in slavery. Sunday, Hatch pledged “to continue the work of bettering this city, this community for all.” 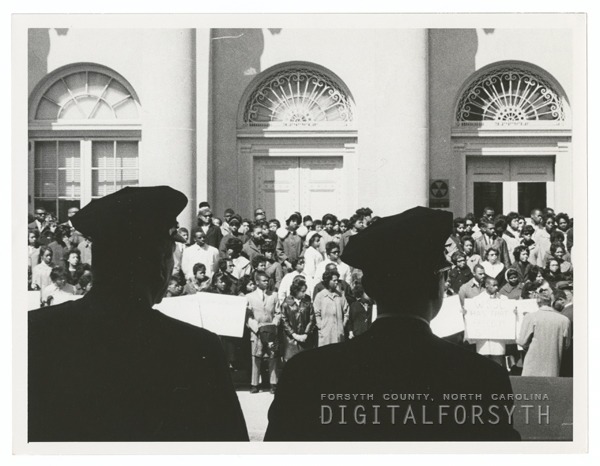 WSSU Chancellor Elwood Robinson recounted his exposure to Jim Crow facilities during his youth. He shared the pain he felt as a young boy, waiting in the “colored” at the doctor’s office. Then as a young man, being relegated to the balcony to watch movies and having to go to the back or side of a restaurant to place an order. “I still remember that [pain] deep in my soul, and that motivates me every day,” Robinson said.

In the commemoration’s keynote address, Dr. Jonathan L. Walton called injustice “a many-headed hydra” that we have a moral duty to disobey. Walton challenged the students in attendance to learn from the example of civil rights era student activists.

Then, led by the WSSU Singing Rams, whose voices beautifully echoed through the downtown cityscape, the crowd marched from the Millenium Center, over to the site of the Winston-Salem Sit-In marker at One West Fourth Street.

When the commemoration concluded, I walked to my car,  glad that I attended it. But one thing bothered me-there was no mention of Carl Matthews, the man who started the sit-in movement in Winston-Salem.

I can’t accept the fact that there was a public remembrance of the Winston-Salem Sit-In that didn’t even mention Carl Matthews. We all know about the A&T Four: four A&T freshmen students, Ezell Blair, Jr. (Jibreel Khazan), Franklin McCain, Joseph McNeil & David Richmond walked downtown and “sat – in” at the whites-only lunch counter at the Woolworth’s in Greensboro on February 1, 1960.

The Greensboro Sit-In inspired sit-ins across the country. A week after Greensboro’s sit-in started, Carl Matthews “took a seat at the “white only” lunch counter at the S.H Kress & Co. store downtown.” Decades later the A&T Four have become civil rights royalty, while Carl Matthews has been relegated to the dust bin of history. 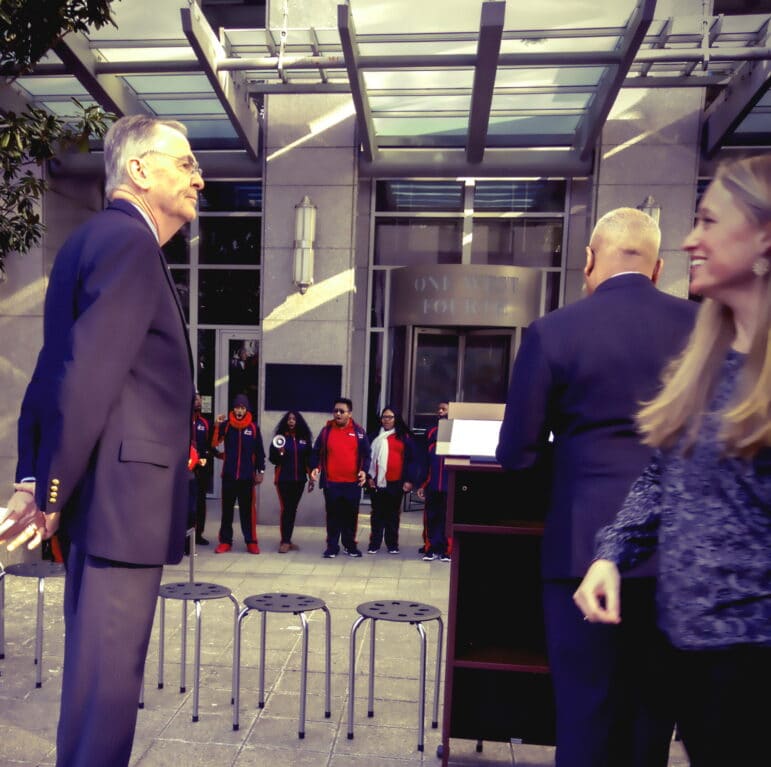 Carl Matthews should not be forgotten. Before Dr. Nathan Hatch became one of the highest-paid college administrators in the country, he was a noted history professor. Having a sit-in commemoration in Winston without mentioning Carl Matthews is lousy history. 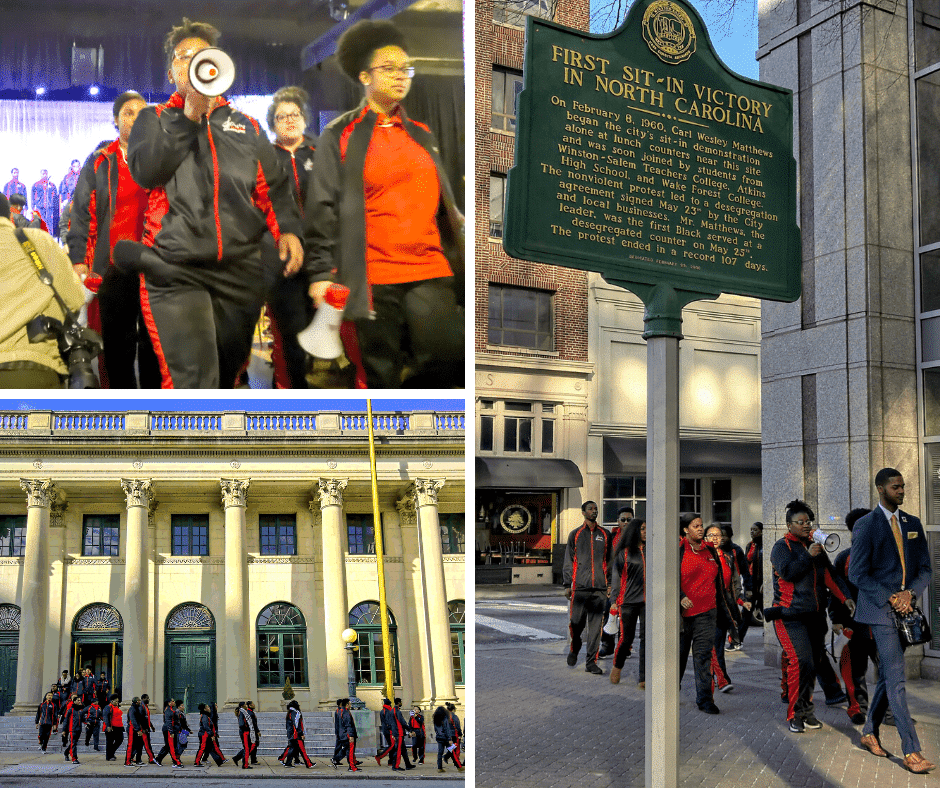 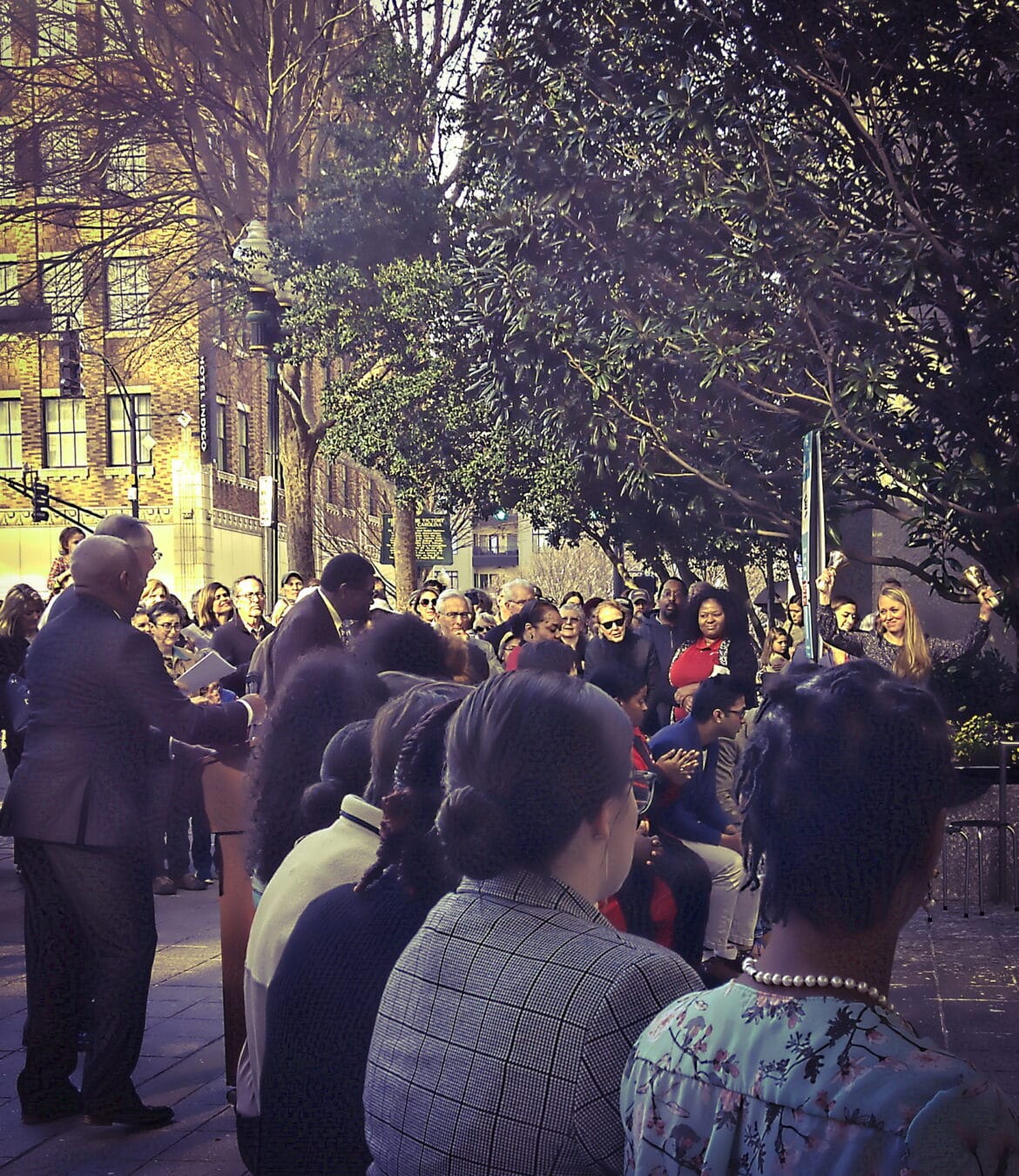 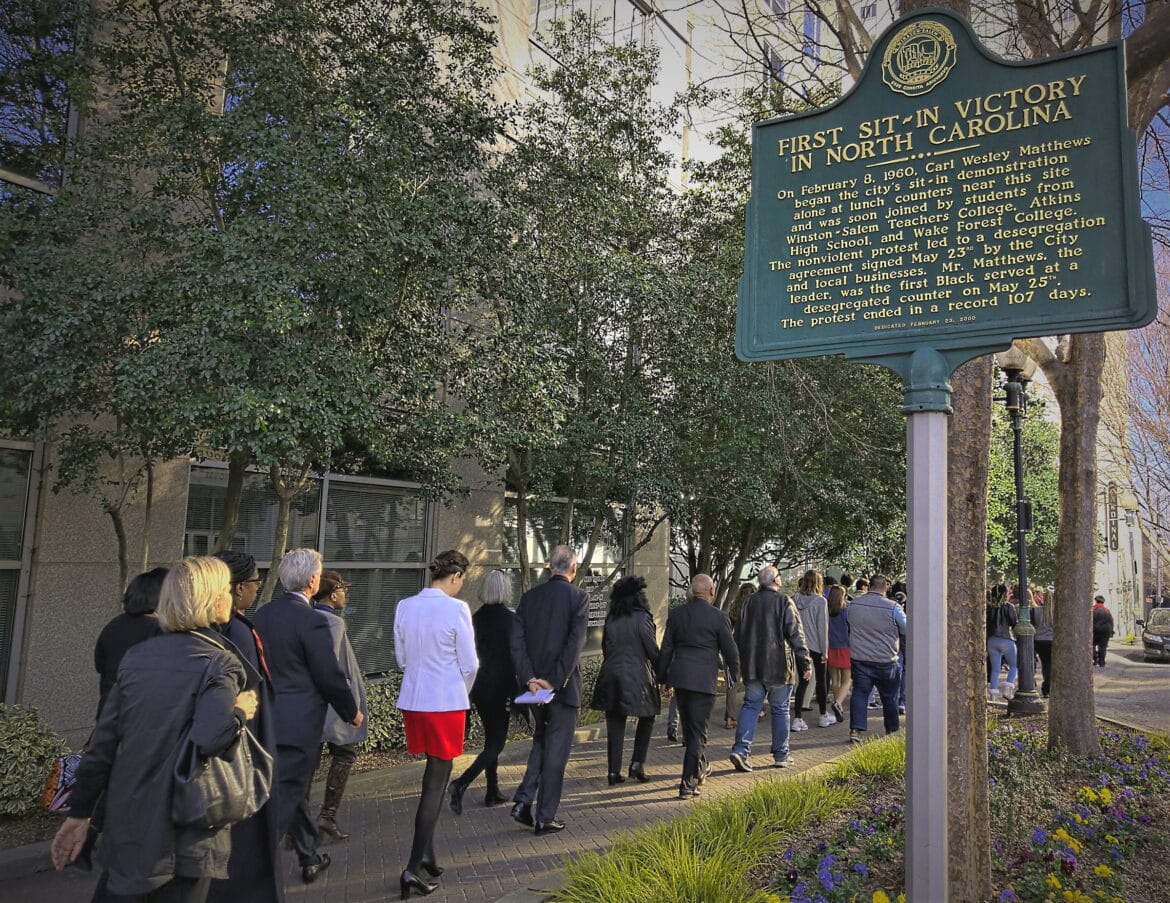