Harris-Perry is something of a public intellectual, widely known to the general public due to the popularity of The Melissa Harris-Perry Show on MSNBC (2012-2016). MHP is an author, an editor at the Nation, and Elle.com.

But, Harris-Perry seldom speaks in Winston, outside of the campus of Wake Forest University. Melissa Harris-Perry resides in Winston with her husband (James Perry, head of the W-S Urban League) and family. MHP focuses her efforts primarily on national political issues; local issues often appear to be of little importance to her. Yesterday at Union Baptist, Melissa Harris-Perry had much to say about the political economy of Winston-Salem. 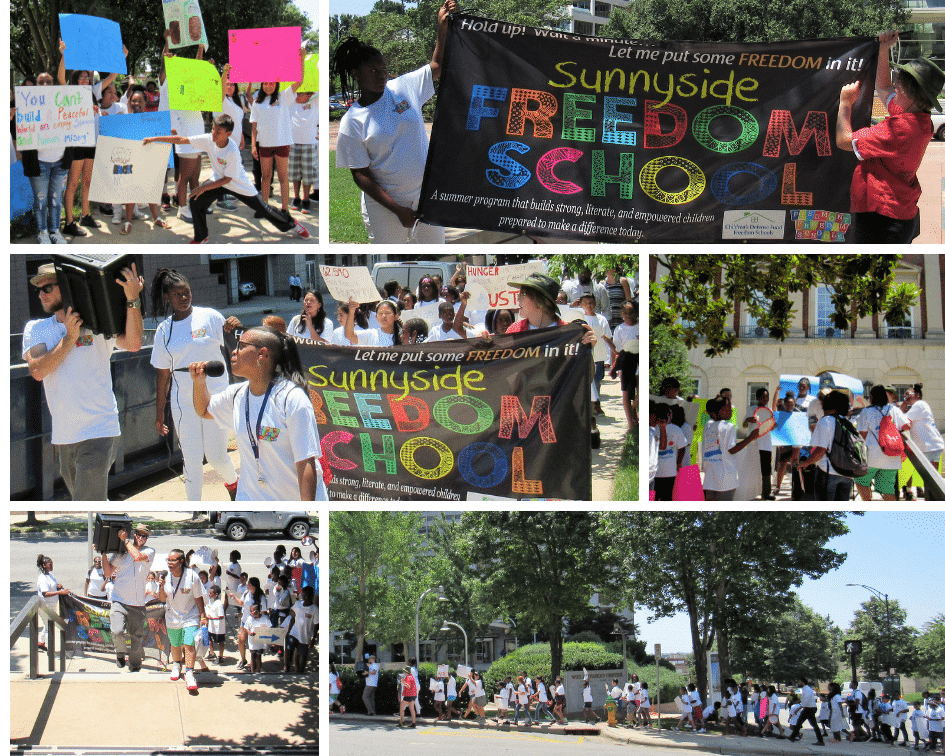 Harris-Perry was describing a children’s march that she organized in July 2017, from Corpening Plaza to City Hall, to raise awareness of childhood hunger. It was staged activism, with the Mayor receiving kids on the steps of City Hall, much like Santa Claus at Hanes Mall.

Unfortunately, the July 2017 Freedom School march had a lot in common with Monday’s Minister’s Conference/W-S NAACP march from The Benton to Union Baptist today. It was cheap activism, going through the motions to honor Dr. King, but without the fire and righteous indignation that King and so many other civil rights activists possessed.

Harris-Perry’s spoke on Dr. King’s “Give Us The Ballot” address. Harris-Perry demonstrated her mastery of the civil rights movement. The professor taught a good lesson to the packed audience at Union Baptist. MHP examined King’s address and highlighted the fact that the vote certainly hasn’t cured all social ills for African Americans as Dr. King thought it would.

Harris-Perry pointed out that “there is no affirmative right to vote in the U.S.  Constitution.” The 13 Amendment provides an exemption to the abolition of slavery in the case of incarceration. Other amendments that we that assume guarantee our right to vote, often in practice don’t, she said. Elections are carried out by states and many jurisdictions within a state, not the federal government. MHP demonstrated how our voting system is a complicated mess, saying, “your right to vote is downright, willy-nilly.”

MHP went on to cite egregious racial disparities in incarceration and stated that the “law is as socially constructed as race.”

After telling her audience how mass incarceration has led to mass disenfranchisement, MHP encouraged the crowd at Union Baptist to fight back, to keep struggling. She mentioned many cases from the past, where Black people refused to give up in the face of violence and white supremacy.

While MHP lost me when she praised Mayor/W-S Alliance leader, Allen Joines at the beginning of her speech, she regained 100 percent of my attention when she mentioned the Black women that led Local 22.

MHP repeated the phrase three times, “In 1943, Black tobacco workers led by Black women” went on strike, against, the racism and sexism of R.J. Reynolds Tobacco.

While they were on strike they worked tirelessly to register voters, MHP said. (I would argue that the Black women and men of Local 22-along with some white allies worked tirelessly for justice; voting was only part of their work. It was important work. But union organizing, the merging of economic rights and civil rights, that was the bold vision that Local 22 possessed.)

But “after we fight back, they counter,” MHP said. Harris-Perry went on to condemn the Winston-Salem Journal for the smear campaign they conducted against Local 22. Eventually, Papa Reynolds broke Local 22 with the help of the Journal.

The Black community’s strength was shattered. Urban Renewal, the decimation of many Black neighborhoods in Winston ensued.

“They created a system that endures today, white paternalism and charity, rather than community-based power,” MHP, said. Melissa Harris-Perry went on to criticize Kenneth R. William’s abandonment of Local 22.

Harris-Perry blended a critic of both national and local politics throughout her speech. She lamented the contemporary martyrs of the Black Lives Matter movement; Travon Martin, Eric Garner, and numerous other Black men around the country who died at the hands of police or white vigilantes.

Though she lamented the erosion of voting rights and the mass disfranchisement of African-Americans, MHP still encouraged her audience to keep voting. She reminded them of the power of the ballot.

But MHP reserved her sharpest criticism for her employer. Harris-Perry acknowledged truths about Wake Forest that are never publicly acknowledged:

Harris-Perry continued her criticism of Wake Forest, saying, Food-service workers are fired every summer and then rehired each year at Wake. (In today’s Journal, a WFU official disputes Harris-Perry’s characterization of its food service hiring practices)

Melissa Harris-Perry went on to say, “Children are starving in the City of Arts and Innovation. But we aren’t creative enough or innovative enough to figure that out?”

Melissa Harris-Perry ended her address with a focus on Black women who had mentored and taught her. She acknowledged women in the room who might not always get recognition from the pulpit.

MHP, with her keen intellect and talent for rhetoric, delivered a civil rights sermon at Union Baptist, that the mostly male ministers in the room would have a hard time matching. Her focus on women, the bedrock of any vibrant church, was refreshing.

I applaud Dr. Melissa Harris-Perry for criticizing her university, the most powerful entity in the city. But MHP in the tradition of Dr. Martin Luther King should have spoken truth to the many politicians assembled at Union Baptist yesterday. There are many Kenneth R. Williams misserving Winston’s Black communities today. 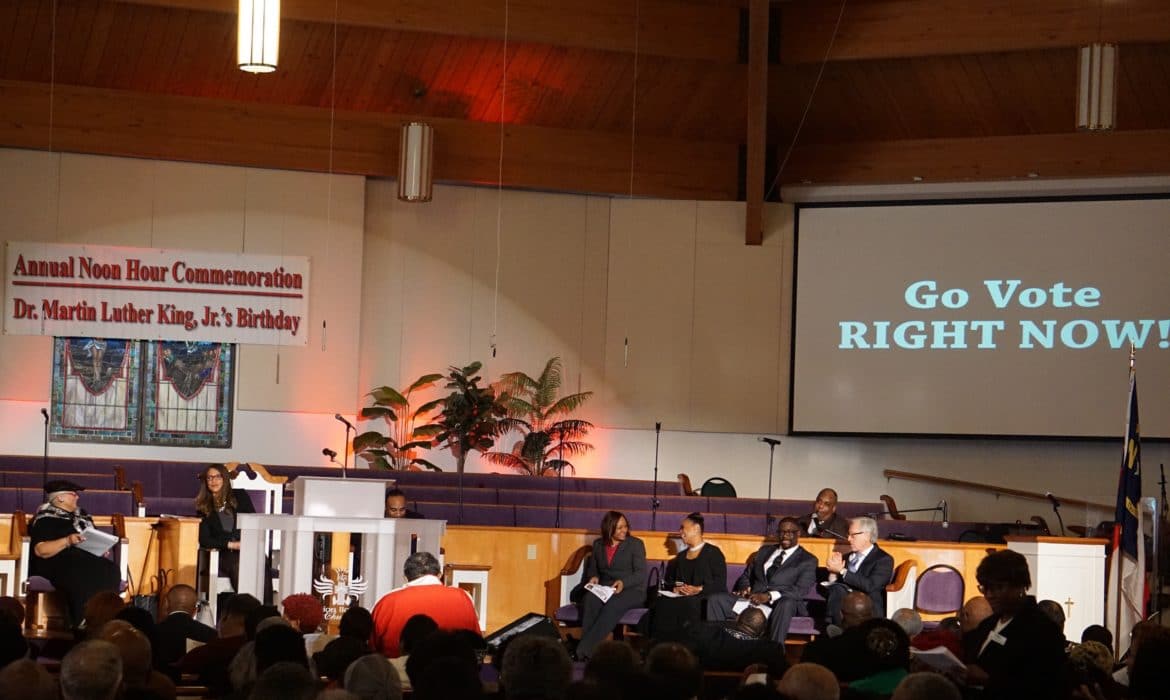