Vivian Perez-Chandler, co-founder of Soy Emprendedor and Mayor and Winston-Salem Alliance President, Allen Joines hosted an online press conference, late Friday morning with members of the local press. The press conference was streamed live on YouTube. For 30 minutes, Joines and Perez-Chandler described their new, “Restart Winston-Salem, the One Tile Campaign.” Joines called it “an exciting new effort to help small businesses in our community.”

According to the Mayor/W-S Alliance Prez, the One Tile Campaign was created by a “small group of minority women,” whose goal is to “restart Winston-Salem, one tile at a time.” Sheriff Bobby Kimbrough and local businessman Max Maxwell also spoke in support of the One Tile Campaign.

The One Tile Campaign is using the PixGift platform, which appears to be GoFundMe meets Instagram. After donating, donors upload their photo to PixGift and wa-lah, a mosaic of community sustainers will be created. Donations must be a minimum of $10. The goal is to raise $20,000. According to their website, they have already reached 25 percent of their target. Small businesses have until June 15 to apply and get their tile. (ELIGIBILITY FOR  SMALL BUSINESSES TO RECEIVE FUNDS: 1) Established before January 2019 2)Located in Winston-Salem 3) Less than ten employees 4) 1 physical location) 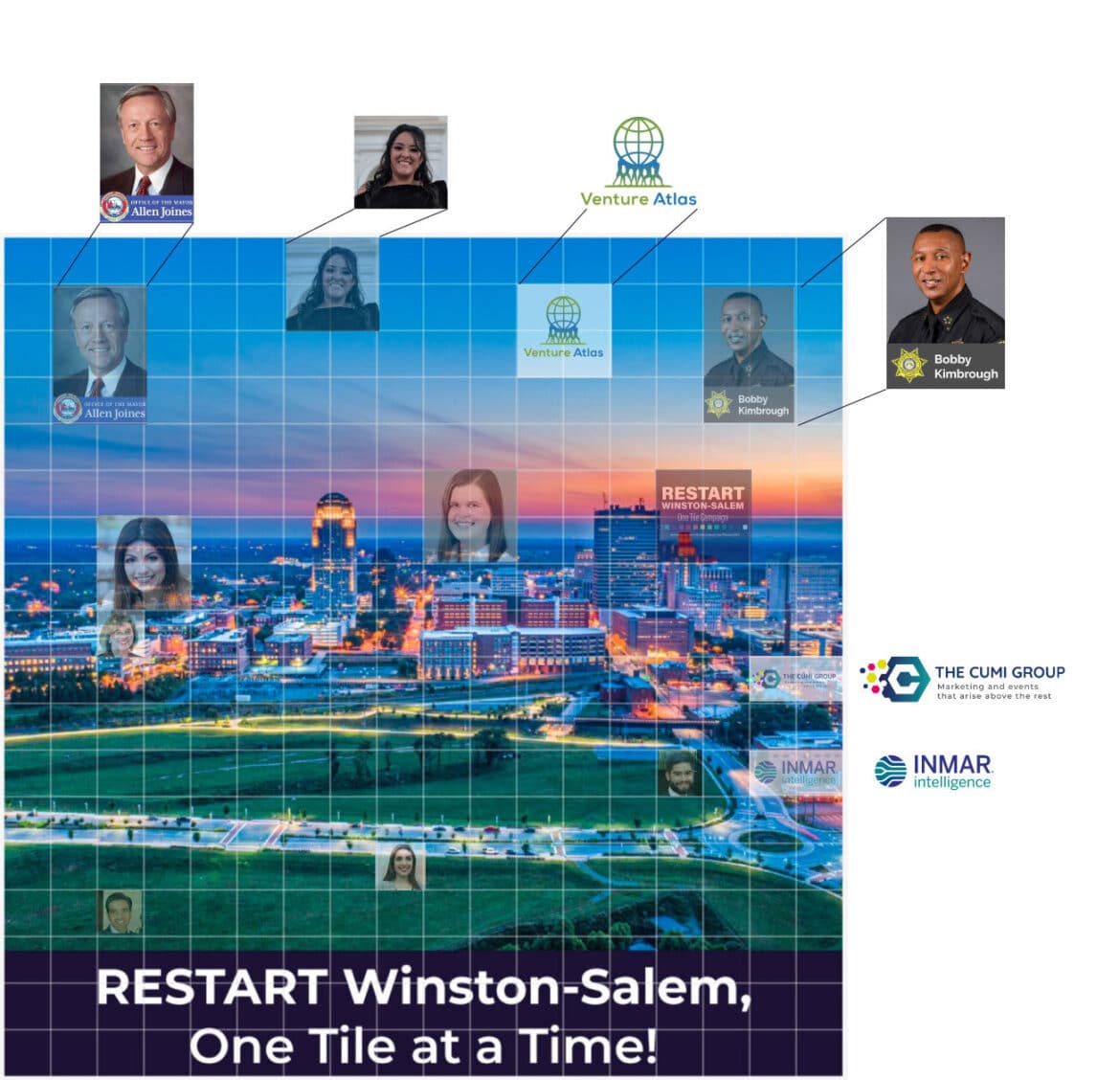 A committee will review business applications. English and Spanish applications will be available. The committee overseeing the One Tile Campaign won’t charge any administrative fees. The same can’t be said of PixGift.

At Friday’s press conference, Allen Joines also mentioned that the Winston-Salem Chamber has a small business loan program. He didn’t mention that the City of Winston-Salem recently approved a six-month payment deferral to individuals and businesses that have outstanding loans with the City.

While small businesses throughout Winston-Salem are eligible for the One Tile Campaign, clearly Joines wants to aid Downtown Winston-Salem businesses. Responding to a question from Fox 8’s Daniel Pierce asked about DTWS businesses, Joines said, “if the core is not vibrant, then the whole city is suffering.”

I hate to see empty storefronts, but that’s better than witnessing tenants being evicted from their homes and families having nowhere to shelter. Winston had shamefully high eviction rates pre-COVID. A tsunami of evictions may be around the corner, as soon as the governor’s eviction moratorium is lifted. The City of Winston-Salem needs to take concrete actions to prevent such a catastrophe from happening.

What about a tile campaign or some other program to help folks pay their rent and mortgages over the next six months?