Yesterday, the Winston-Salem Housing Authority named Kevin Cheshire its new executive director. Kevin Cheshire previously served as the Vice President of Real Estate Development and General Counsel at HAWS, where he has been employed since 2013. He replaced Larry Woods, who retired at the end of December. Cheshire told the Journal’s Wesley Young that “the mission of HAWS stays the same: To help individuals move in, up and out of assisted housing.”

Our local housing authority has a shameful history of evicting tenants “out of assisted housing.” Kevin Cheshire is the first white leader of the Winston-Salem Housing Authority in decades. How is it going to look if a Cheshire-lead HAWS goes through with its plans to gentrify Crystal Towers, pushing approximately 200, majority Black, elderly, and disabled residents out of downtown? 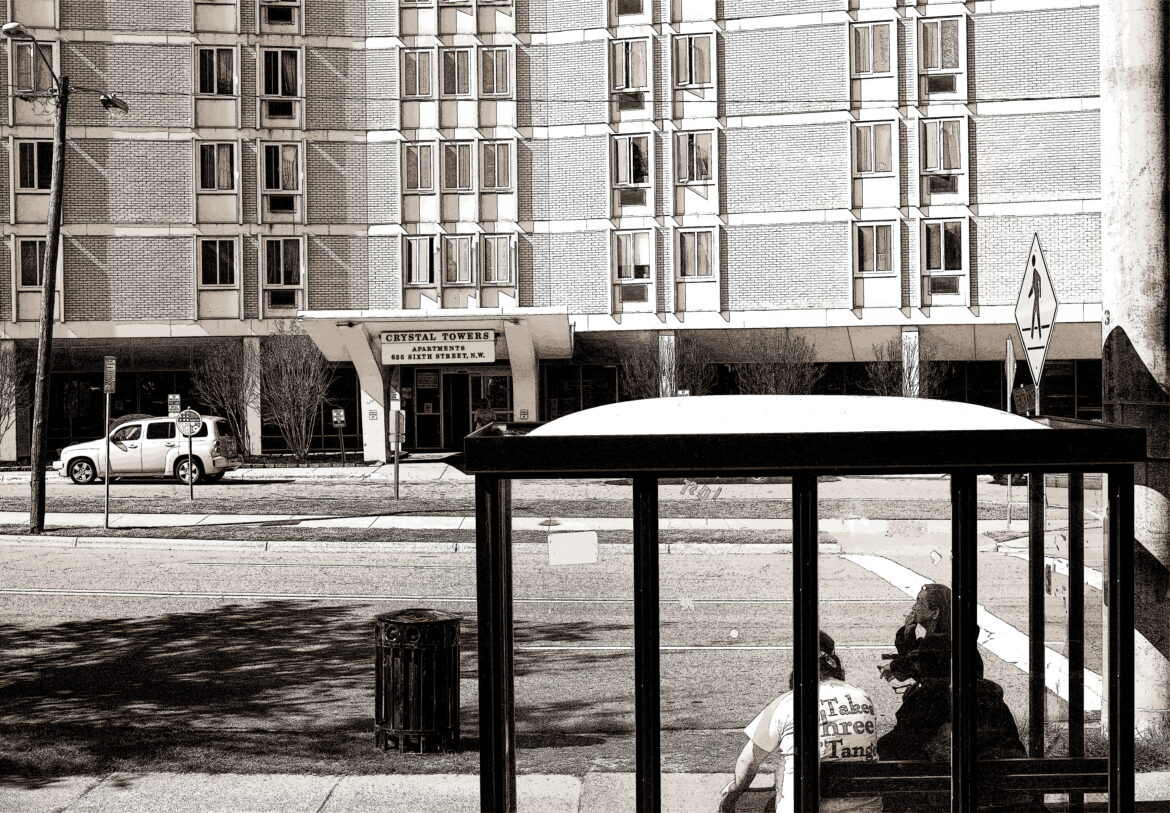 At yesterday’s meeting, Cheshire reported to the board that HAWS had received some supplemental questions from HUD’s local field office in Greensboro regarding their plans to sell Crystal Towers. HUD-Greensboro asked about HAWS’s relocation plan, the availability of alternative housing in the city, and the rationale for the project.

Cheshire summed up his response to HUD’s questions by saying, “we are not proposing that this is the best solution. What we are proposing is that this staves off a potential catastrophe down the road.” HAWS continues to distort Crystal Tower’s physical maintenance needs in order to justify its sale.

Speaking of wheeling and dealing, Kevin Cheshire’s first act as the new leader of HAWS was to pitch HAWS’s board on issuing bonds for the sale of Skyline Village. The Housing Authority plans to help facilitate the sale of the Skyline Village apartments. According to HAWS, 123 units of the 158 units of the aging units are currently occupied. Renovations would take place a few units at a time, without any anticipated displacement of existing residents or so we are told. According to Cheshire, HAWS would merely serve a conduit and not be financially liable if the purchaser of Skyline Village was unable to repay the bonds.

Cheshire briefly mentioned that Happy Hill, with roughly 80 developable parcels, is viewed by HAWS as a unique opportunity for mixed-income development. Eventually, the City and HAWS will redevelop the former home of Happy Hill Gardens, the state’s first public housing development. But the richness of Happy Hill’s local, Black history is not something HAWS or the City are interested in preserving.

Other items of note from yesterday’s HAWS meeting, the Housing Authority of Winston-Salem is the managing agent for The Princeville Housing. Princeville, a historic Black community that has been seeking better protection from floods for decades, is finally getting some much-needed assistance from the federal government.

Also, the Choice Neighborhoods grant was mentioned. HAWS is still waiting to see if they will finally get a grant that they’ve been seeking for years.

Lastly, Cheshire mentioned that there would be a spaghetti dinner on January 25 at Fries Memorial Moravian to raise funds for new playground equipment at Piedmont Circle. Don’t get me wrong-this is a good thing that Fries Memorial Moravian is doing. But why on earth is it taking an act of charity to raise $15,000 for some much-needed playground equipment?