Happy Birthday, Winston-Salem Journal and all the best to its reporters who are out covering stories during a pandemic. That being said, I would like to wish a plague on Berkshire Hathaway for not investing in the Journal, despite having the financial resources to do so. Warren Buffett lied when he said that he loved newspapers and valued them as important community resources. Berkshire Hathaway recently “sold” the W-S Journal and many other newspapers to Lee Enterprises, a cost-cutting corporate outfit that doesn’t inspire confidence in the paper’s future.

The city’s newspaper of record officially turns 123 years old today. We don’t often focus on the Journal as an institution, but it is an important one. Even though it’s a shell of the newspaper it used to be, it is still the best source for local news coverage. The Journal’s extensive COVID-19 news coverage once again proves its relevance in the digital app age. 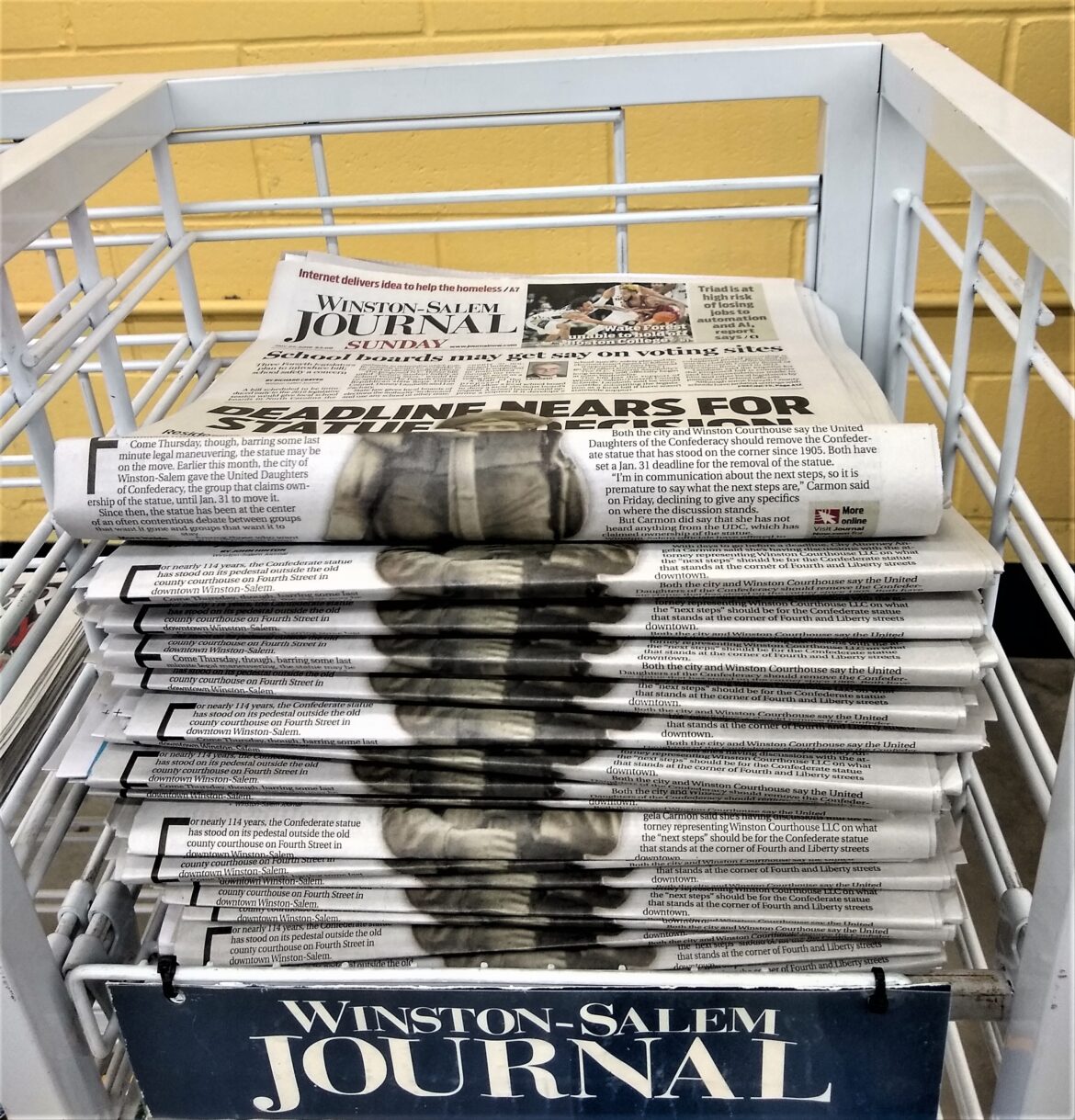 Anyone who is interested in the Journal’s history should find a copy of Magnolia Trees and Pulitzer Prizes at Mckay Books or some other used bookseller. The 230-page hardcover is full of interesting tidbits reminding readers that the city’s history is intertwined with the history of its newspaper.

You probably missed b/c of #COVID19: Journalists with @roanoketimes voted to form a union with @newsguild. The union drive could have important implications for journalists at other legacy papers owned by @LeeEnterInc…https://t.co/6GZ5BBYYSS