Thanksgiving is a time to spend with family. But with soaring rents and ridiculously high home prices causing housing precarity, life is not easy for working-class families this holiday season.

Despite vast amounts of data and numerous actionable ideas from the experts, the WSNC City Council has taken no bold action to deliver affordable housing on the scale needed.

Honestly, piecemeal action by the WSNC City Council won’t solve the problem. Only a massive recommitment to public housing by the federal government and rent control measures by states and localities will not put a dent in our nation’s affordable housing crisis.

But cities have to try. They have to use every tool at their disposal to promote affordable housing. Each home built and each home preserved helps folks in need.

Cities such as Winston and Greensboro, like cities throughout the country, have subsidized downtown development for years. In other words, they’ve subsidized largely unaffordable housing; the least they can do is fund working-class housing today.

“$5 million worth of the city’s housing bonds to the Greensboro Housing Fund. The fund is run through the Community Foundation of Greater Greensboro, which has a goal of $32 million to build and rehab affordable housing. Private donors already donated $22 million. The $5 million from the city still leaves the fund $5 million short of the $32 million goal.” –WFMY News 2

In his day job at the W-S Alliance, Allen Joines leveraged the Millennium Fund to redevelop his beloved downtown. Simultaneously he shepherded downtown development subsidies through the WSNC City Council. 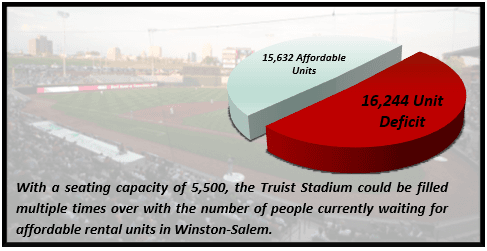 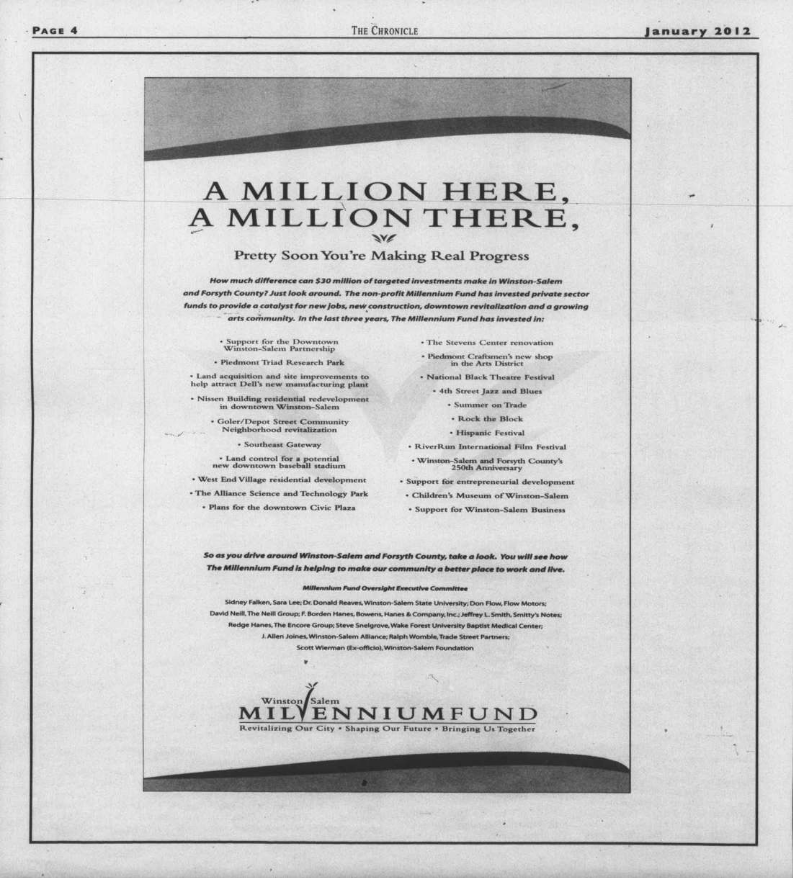