Enter racist and Forsyth County into a search engine, and Forsyth County Georgia is what you will find. Back in 1912, white supremacists in Forsyth County, Georgia violently expelled all Black residents from the county. Winston-Salem/Forsyth County doesn’t have anything quite that horrendous in its history. But it has plenty of racist history to come to terms with, such as its own race riot in 1918. Back in 1912, “racist Winston f-ing Salem” was one of the first cities to mandate residential segregation “in which blacks and whites were prohibited from living on the same streets.” Today, Winston remains one of the most segregated cities in the entire country.

In the coming weeks and months, racist Forsyth County North Carolina should climb search engine rankings as quarantined justice-seekers across the country look to learn more about the Forsyth County Five. The Forsyth County Five are the five young black kids who were judicially lynched, unjustly convicted for the murder of Nathaniel Jones, grandfather of NBA All-Star, Chris Paul.

The N.C. Innocence Inquiry Commission just ruled in favor of the four living members of the Forsyth County Five (four years to the day that Darryl Hunt took his own life). Nathaniel Cauthen, Rayshawn Banner, Jermal Tolliver, and Christopher Bryant will have their cases re-examined in Forsyth Superior Court to determine if the four men should be exonerated.

The Forsyth County Five are clearly innocent. The cases against them have some obvious signs of wrongful convictions. A single, young white woman was the only witness that connected the five Black defendants to Mr. Jones’ murder. Jessicah Black recanted her testimony and told the commission that she was coerced into testifying against the boys. No DNA evidence ties any of the five to the murder of Nathaniel Jones. There is no credible physical evidence connecting them to the crime. The five were arrested just a few days after Mr. Jones’ death. It appears that the WSPD and Forsyth County DA’s Office rushed to judgment. Then, much like the Central Park Five over a decade before them, the 14 and 15 year-olds from the Belview neighborhood were coerced into giving false confessions without their parents or attorneys present.

Everyone knows about the 61 point game that Chris Paul had at West Forsyth just two days after his grandfather’s death in 2002. It’s a great example of perseverance after a senseless act of violence. (If you aren’t familiar with Chris Paul’s heroics as a senior in high school-read Rick Rilley’s excellent article on the subject.) Chris Paul scored a point for every year of his grandfather’s life. Then famously air-balled a free throw when he had reached 61 points and walked off the court. With that amazing performance, Paul demonstrated both great talent and great character. With that game, the legend of Chris Paul was born.

Every step Paul took from that moment was a step up. Chris Paul went on to basketball stardom at Wake Forest University and a hall of fame career in the NBA that isn’t over. He’s become fabulously wealthy in the process. While his grandfather was killed in front of a modest home in Winston’s Belview neighborhood, Paul’s mastery of the point guard position propelled him to a mansion in Bel Air (when he was playing for the L.A. Clippers).

But too few people know the real story of the five young Black men that were convicted for the assault and robbery that killed Chris Paul’s beloved grandfather, Nathanial Jones. As Paul went on to greatness, the Forsyth County Five went to prison before they were old enough to get a driver’s license. They grew up behind bars. They had their youth and future aspirations stolen from them.

As Chris Paul was defying the odds and succeeding in the NBA, the Forsyth County Five became just another statistic, part of the 2.3 million people in jail and prison today. According to the ACLU, “one out of every three Black boys born today can expect to go to prison in his lifetime.” By comparison, an NCAA Division I player has a 1 in 365 chance to make it to the NBA.

When journalist Hunter Atkins came up to Winston from Houston last year to speak to the prosecution’s star witness in the two trials that convicted the Forsyth County Five, he told Jessicah Black that “I’m here to give the effort that I wish a reporter had given 17 years ago.” Atkins has since left the Chronicle, and he has not published a story on the Forsyth County Five to date. But he’s right. Questions should have been raised about this case from the start. 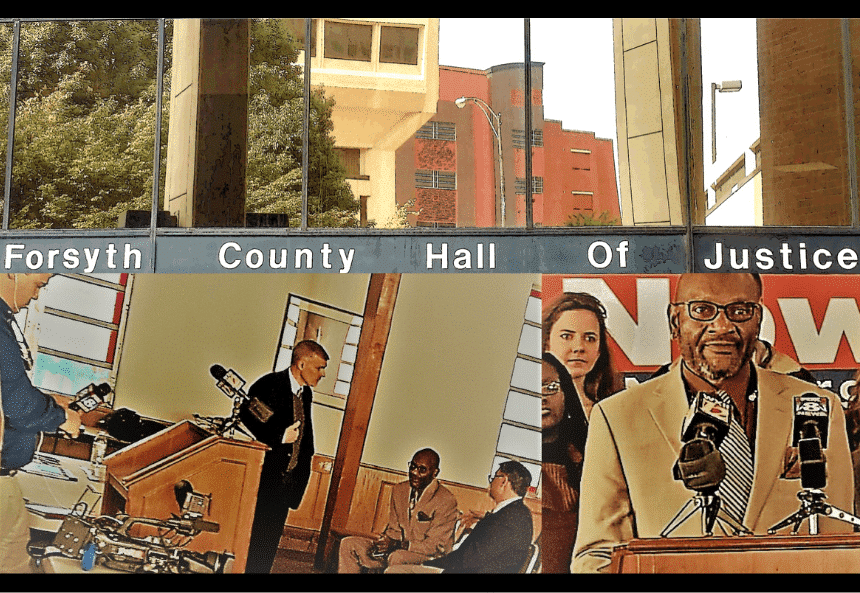