Tasha Logan Ford is a likable person. I think she did a competent job serving under law-and-order Lee Garrity. I have no reason to doubt her capacity to manage the City of High Point. I certainly don’t want to pull a Rachel Nichols and imply that Ford got her new position because of her race. I’m not saying that. She is absolutely 100 percent qualified to manage High Point.

But the fact that Tasha Logan Ford is Black is certainly a plus for High Point’s power brokers, the developers, and real estate interests that run cities these days. Choosing an African American City Manager is a public statement that the City of High Point embraces inclusivity and equity without actually having to curtail the subsidies the City showers on its most affluent citizens.

In her capacity as Assistant City Manager, the City of Winston-Salem studied its affordable housing shortage but did little to address it. Likewise, evictions went from bad to worse while Ford oversaw community development. Ford helped craft the City of Winston-Salem’s reparations resolution. She deserves some credit for that. But Tasha Logan Ford and the rest of the City of Winston-Salem didn’t move an inch when repeatedly asked by local activists (in meeting after meeting) to redistribute a meager portion of the WSPD’s budget to non-police intervention alternatives.

Perhaps I am being too harsh. City managers manage; they don’t dictate policy. It’s elected officials both in High Point and Winston-Salem who have the capacity to implement progressive local policies, as progressive as the NC General Assembly will allow anyway. The problem is not so much Tasha Logan Ford or any other City Manager, it’s a system that doesn’t prioritize the needs of the people. 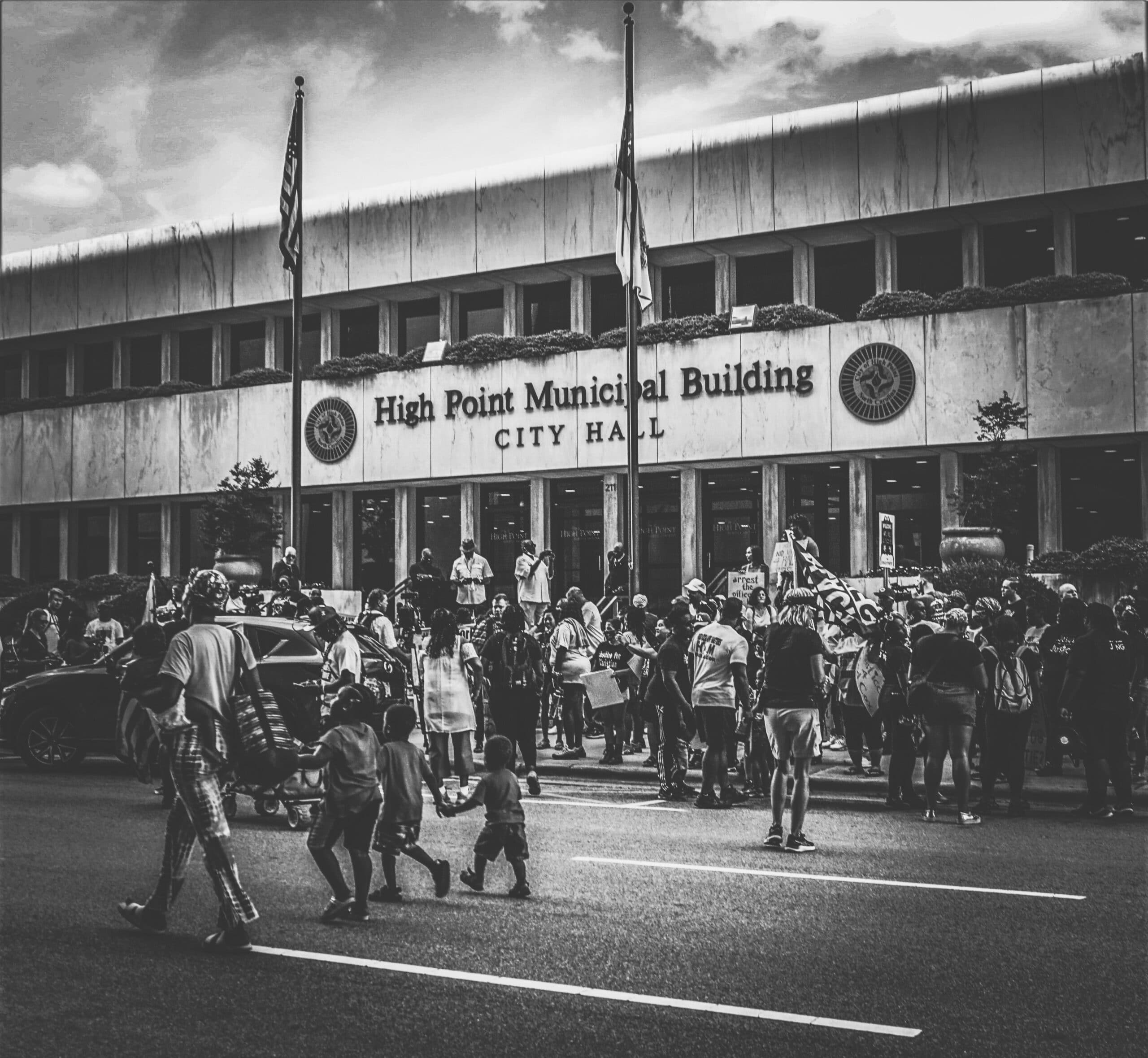 A Couple Thoughts on Winston and High Point

Ford is taking High Point’s top job 15 years to the month that Lee Garrity was named Winston’s City Manager. Garrity has served as Winston’s City Manager since July 2006. Mayor and W-S Alliance President, Allen Joines has been in office since 2001. Joines served in city government for 29 years before being elected Mayor/W-S Alliance CEO. The City of Winston-Salem needs new leaders. We need progressive Councilmembers and a new mayor who isn’t affiliated with the Alliance.

Downtown development is a racket. It’s extremely inequitable and skewed to moneyed white folks. What good is having nice things if they’re principally enjoyed by only a small segment of society?  Has there ever been a city that has been “revitalized” by a sports stadium? Neighborhoods-yes, but not entire cities.

“What we said from the outset is that we would never ask the local government for money, and that we would be totally transparent in everything we did so there would be no conflicts…” -Allen Joines, Politico,  October 20, 2016

Sure downtown High Point is benefiting from Truist Point. West Salem (formerly Watkins Street) benefits from Truist Stadium, but these multi-million dollar lawncare showpieces are a dime a dozen; every decent-sized city has one. That being said, though Winston began its catalyst downtown development projects at least a decade before High Point got into the game, there are some signs that High Point is besting Downtown Winston-Salem’s efforts.

From what I have seen, HP’s rich are ponying up for fancy, new downtown projects. That phase of Winston’s downtown development has passed. The Millenium Fund doesn’t fund much these days. Despite Allen Joines’ pledge not to use public dollars for W-S Alliance affiliated development projects, that’s been the norm for years.

@GuilfordCounty would like to welcome the new @CityofHighPoint Manager, Tasha Logan Ford. We look forward to working with you and the residents of High Point to make Guilford County stronger. #OneGuilfordCounty #TogetherEveryoneAchievesMore pic.twitter.com/f1eWDv0jUI

I almost forgot Lee Garrity was appointed WSNC City Manager fifteen years ago today, according to this archived @CityofWS press release: https://t.co/DLlTn1AGxI Garrity started his career with the City in 1990 and worked his way up to City Manager.