Thanksgiving is the busiest time of the year for local grocery stores. One of Winston’s most serious problems is the uneven distribution of grocery stores throughout our city, i.e., food deserts. While grocery stores are highly concentrated at Stradford Road and Cloverdale, they’re few and far between in East Winston. In East Winston corner stores stocked with vices but light on nutritional goods are the norm, grocery stores with fresh produce and a variety of healthy (and not so healthy) options are the exception.

Food Lion is the lone grocery store chain that has invested in East Winston. You won’t find a Harris Teeter or Lowe’s Foods east of Highway 52. Neighborhoods can’t thrive without access to fresh, nutritious food options. Imagine if the City of Winston-Salem devoted half of the resources that it wastes on its futile economic recruitment efforts recruiting grocery stores or fund food co-ops in East Winston. Instead of fattening up Bob Leak, the City’s substantial resources should be spent on promoting healthy lifestyles east of highway 52. Additional healthy food options could help transform or at least stabilize East Winston.

Here an incomplete history of grocery stores in East Winston:

In 1982, Food Lion opened at the East Winston Shopping Center:https://t.co/MlJLYSjLsQ

But just think, there were over 100 Black grocers in Winston-Salem in 1910, according to The Chronicle: https://t.co/vG0JWVrtwA The era of small grocers, prior to corporate consolidation was a better time for East Winston, at least from a food-sovereignty perspective.

A new farmer’s market on Liberty Street, operated by the Urban Food Policy Council, will open Saturday and accept SNAP EBT cards for payment.
The Liberty Street Urban Farmers Market is open from 4 to 6 p.m. every second and fourth Friday. pic.twitter.com/OhxykPhS5F 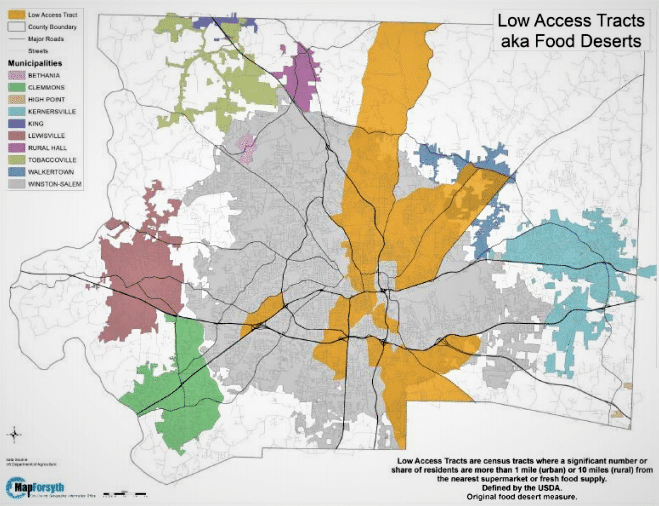