Former Winston-Salem Councilmember and state representative Derwin Montgomery accepted a plea deal earlier this week. Montgomery pleaded guilty to “one count of program fraud in connection to allegations that he embezzled more than $26,000 from the Bethesda Center for the Homeless.” According to the W-S Journal’s Michael Hewlitt, Montgomery will be on probation for five years and have to pay restitution.

A plea deal on the eve of the mid-term elections must have been a tough pill to swallow. In 2009, Derwin Montgomery was the youngest Councilmember ever elected to Winston-Salem City Council. He was a prominent politician in our city with a bright future. He used his position on City Council to get an appointment to the NC House in 2018. Montgomery’s political career ended abruptly in 2020 when he ran unsuccessfully for the House seat won by Kathy Manning.

One wonders why Montogmery ran in a district dominated by Guilford County, where any politician from Winston-Salem/Forsyth County would have faced difficult odds.

But Montgomery’s questionable political strategy must now take a backseat to Montgomery’s questionable spending during his time as director of the Bethesda Center. Indulging an expense account is not uncommon. And questions remain about why the government singled out Montgomery for prosecution. But the leader of a homeless shelter should not have lived a Denali lifestyle on the non-profit’s dime. Funds intended to house the unhoused should not have been used on such frivolous expenditures.

Siphoning off over $25,000 for travel, unneeded media work, and an overpriced SUV is unacceptable in a city with deplorable economic mobility numbers.

The indictment against Montgomery was filed in August. Twelve years earlier, in August 2010, Montgomery announced a plan for a ‘New East Side.’ His ambitious proposal was short on details and far from perfect. But the essence of his plan, Montgomery’s call for a coalition of residents working together to develop strategies for commercial and housing development in East Winston, was precisely what the conditions in East Winston require. There need to be activist groups pressuring the City Council and County Commissioners to stop deprioritizing East Winston.

The Minister’s Conference frequently stands behind Mayor and W-S Alliance President Allen Joines. They are careful not to upset Joines. In turn, Joines is happy to throw a few crumbs to their non-profits and Community Development Corporations while giving blank checks to Downtown Winston-Salem developers.

During Derwin Montgomery’s time in office, he made sure that Atkins CDC got Union Station, the Enterprise Center, and funding for the East End project. And Goler CDC got Zestos restaurant and a hydroponic facility while he was in office. But Montgomery and his fellow Councilmembers on the City Council failed to address East Winston’s declining home values and lack of public and private investment.

That’s the real tragedy; that a young, talented Black politician allied with Allen Joines and the local power structure instead of working to build community power in East Winston. 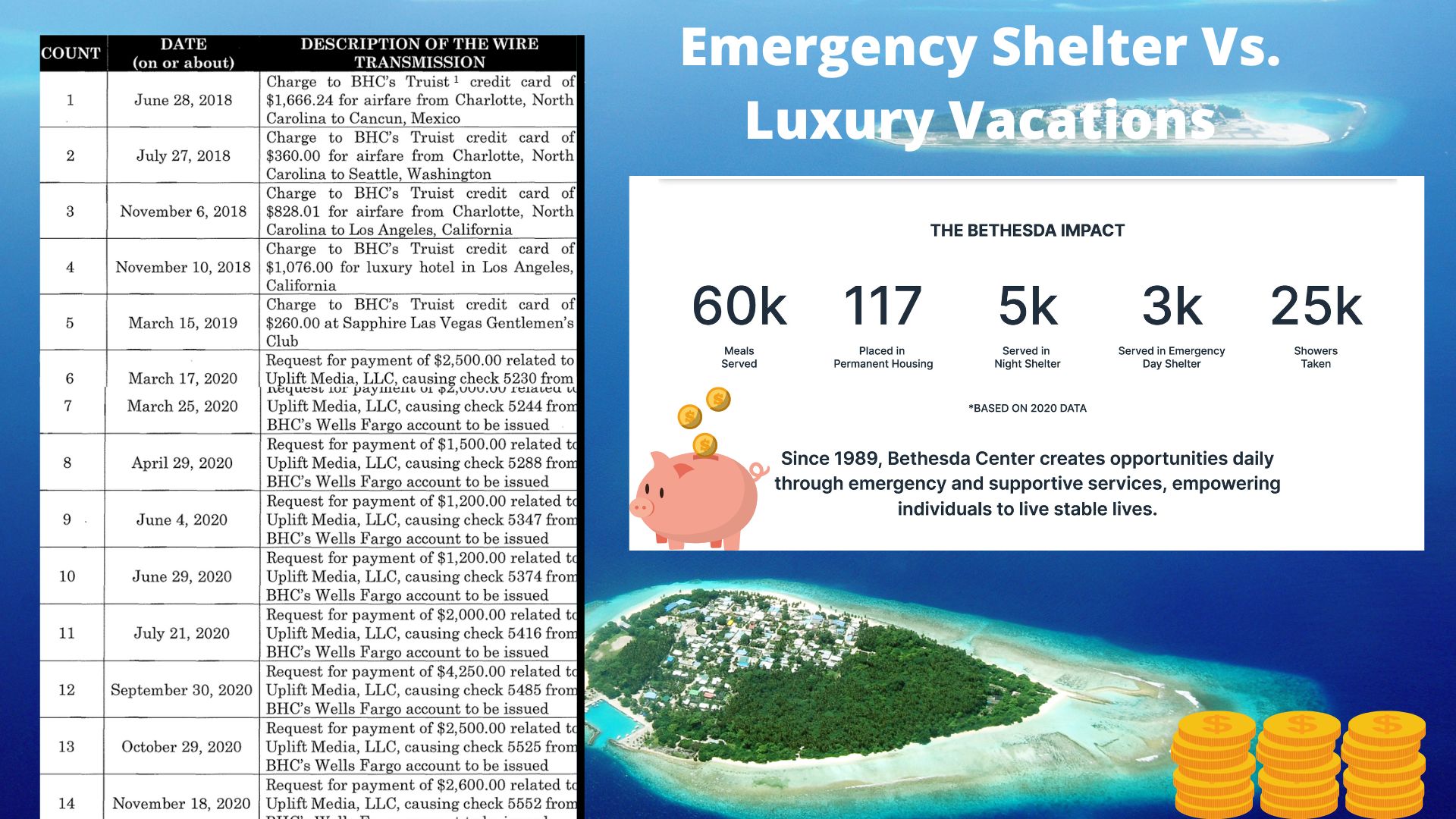 HEWLETT, M. (2022, September 7). Montgomery to surrender to authorities
Ex-Winston-Salem Council member Derwin Montgomery is to turn himself in Wednesday. He tells members of his church he did nothing wrong.
Winston-Salem Journal (NC)
, p. 1. Available from NewsBank: America’s News: https://infoweb-newsbank-com.proxy067.nclive.org/apps/news/document-view?p=NewsBank&docref=news/18CBB5EA66363618.