A lesson from the January 6th hearings is supposed to be that Democrats value voting and the rule of law. A better takeaway from the performative hearings is that storming government buildings is no way to manipulate elections. That’s what big money, high-profile lawyers, technical specialists, and public relations outfits are for.

Recent underhanded tactics used to keep N.C. Green Party candidate for Senate, Matthew Hoh, off the ballot are a reminder that the Democrats are happy to suppress voters when it suits their interests. They just don’t like trespassing or the destruction of property.

The N.C. Green Party submitted over 22,000 signatures in its petition drive — of which nearly 16,000 were validated by the county boards of elections. The state requires new parties to obtain 13,865 signatures to become certified, giving the party a 2,000 signature lead.

The N.C. Green Party got thousands more signatures than the state required. They knew that despite their best efforts, some mistakes would be made. Some of their third-party signature gatherers might be unscrupulous and some signatures would get invalidated. But despite collecting more signatures than required by law to get Green Party candidate Matthew Hoh on the ballot, the Democratic Party machine has suppressed Hoh and denied N.C. voters a progressive option for Senate.

The so-called “democratic” party used their high-powered law firm (the Elias Group) and their 3-2 majority on the State Board of Elections to keep Matthew Hoh off the ballot. Democrats even went so far as to text and call Green Party signatories and visit them at their homes in an attempt to have them resend their signatures. A Republican member of the State Board of Elections told the News & Observer “he wasn’t confident there was a mechanism in the law for petition signers to revoke their signatures.”

Thankfully, N.C. Green Party Co-chair and longtime Winston-Salem activist Tony Ndedge had the foresight to record his call from operatives working on behalf of the Democratic Party. Way to go, Tony!

-NCGP vs. N.C. State Board of Elections

The Democratic Party used law firms and technical specialists to rob Bernie Sanders of the party’s presidential nomination in 2016 and again in 2020. The Democratic Party routinely uses lawfare tactics to keep the Green Party off state ballots. And even when Greens get on the ballot, much of their time and resources are used fighting Democrats in court instead of mobilizing voters.

Matthew Hoh, an Afghan War veteran, and heroic whistleblower, is a compelling candidate. He’s well-spoken and sharp on his feet. He doesn’t stand a very good chance of taking the Senate seat that Richard Burr is vacating. In all likelihood, Democratic candidate Cheri Beasley or Republican Ted Budd will succeed Burr.

But the Mathematic improvability of winning doesn’t negate Matthew Hoh’s right to run. Hoh could push Beasly to the left and help to get meaningful issues discussed that the two establishment party candidates are lively to ignore (war, environmental catastrophe, corporate corruption, affordable housing, and Wall Street shenanigans).

Cheri Beasley needs to go big to beat Ted Budd. She needs to address the myriad of problems that working families in North Carolina face today. To that end, she would do well to have Matthew Hoh on the ballot, widening the political debate this fall.

The Democrats’ constant assertion that Green Party candidates hurt their chances of victory is ridiculous. Democrats in North Carolina have every institutional advantage imaginable over the Greens. The Green Party versus the Democratic Party is a David versus Goliath contest.

In actuality, Democrats are afraid of being pushed left. They prefer to be pushed right (see Joe Manchin).

Elections are supposed to be contentious affairs, not coronations. If the Dems fear that their candidates can’t win a battle of ideas, maybe it’s time for them to get some new ideas and some new candidates.

Matthew Hoh is fighting the N.C. Board of Elections’ decision. Hoh and the N.C. Green Party could use your help. 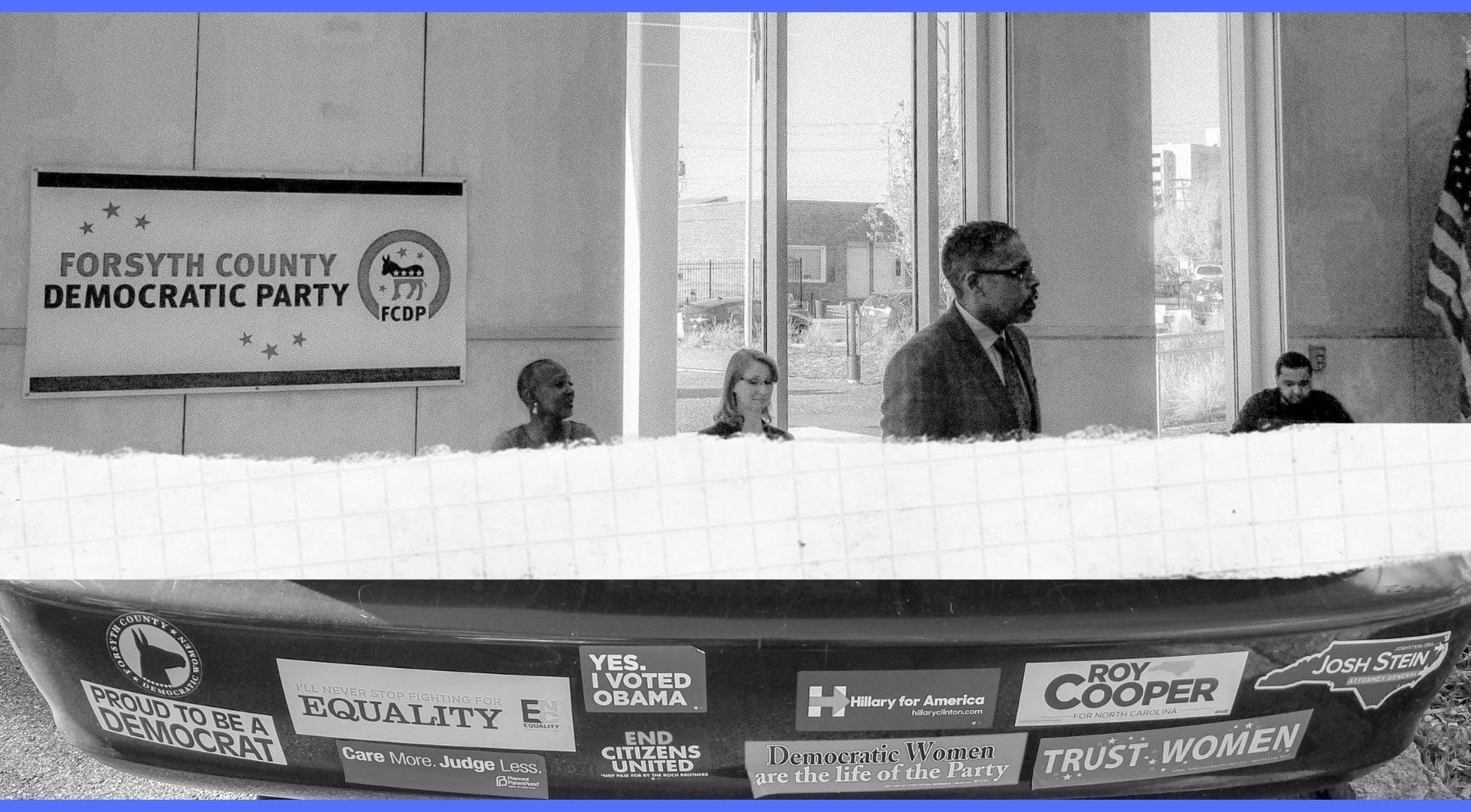