Last month the Winston-Salem City Council approved a giant public art project at Salem Parkway, in front of Truist Stadium and adjacent to Peters Creek Parkway. The $1 million art project is part of the City of Winston-Salem’s 2018 bond package. A smaller dandelion bouquet is planned for the Church Street bridge. Eventually, miniature dandelions will be placed in all eight of Winston’s wards.

The public has been lukewarm to the proposed 40-foot aluminum and stainless steel flower. The so-called “City of Arts and Innovation” needs to make a public statement affirming its commitment to the arts. And as the Journal stated in its “defense of dandelions,” one million dollars is a tiny fraction of the City’s annual budget.

Putting a giant dandelion in front of land taken from the predominately African American residents of Watkins Street is an offensive gesture that adds insult to injury.

Just on the other side of visiting team’s bus in the photo above, you can see five steel beams reaching for the sky. Apparently, the original purpose of those tacky beams was to support a giant Primo water bottle that would market Prim’s product inside and outside of the ballpark. Resentment over the ever-increasing price of the stadium seems to have convinced Prim to abandon his water promotion.

But what was once built for shameless commerce can be potentially utilized for a higher purpose. Those steel beams could be used for a public history project that would educate baseball fans and Salem Parkway passer-bys alike. Those beams could support a model of the Watkins Street homes that were razed for the ballpark’s construction. Or maybe even be a permanent home for the W-S Foundation’s Undesign the Redline exhibit.

The City needs to assemble more intelligent people than myself into a room to determine the specifics. But a public history project focusing on urban renewal and gentrification in the shadow of the dandelion is definitely feasible. In fact, it is long overdue. 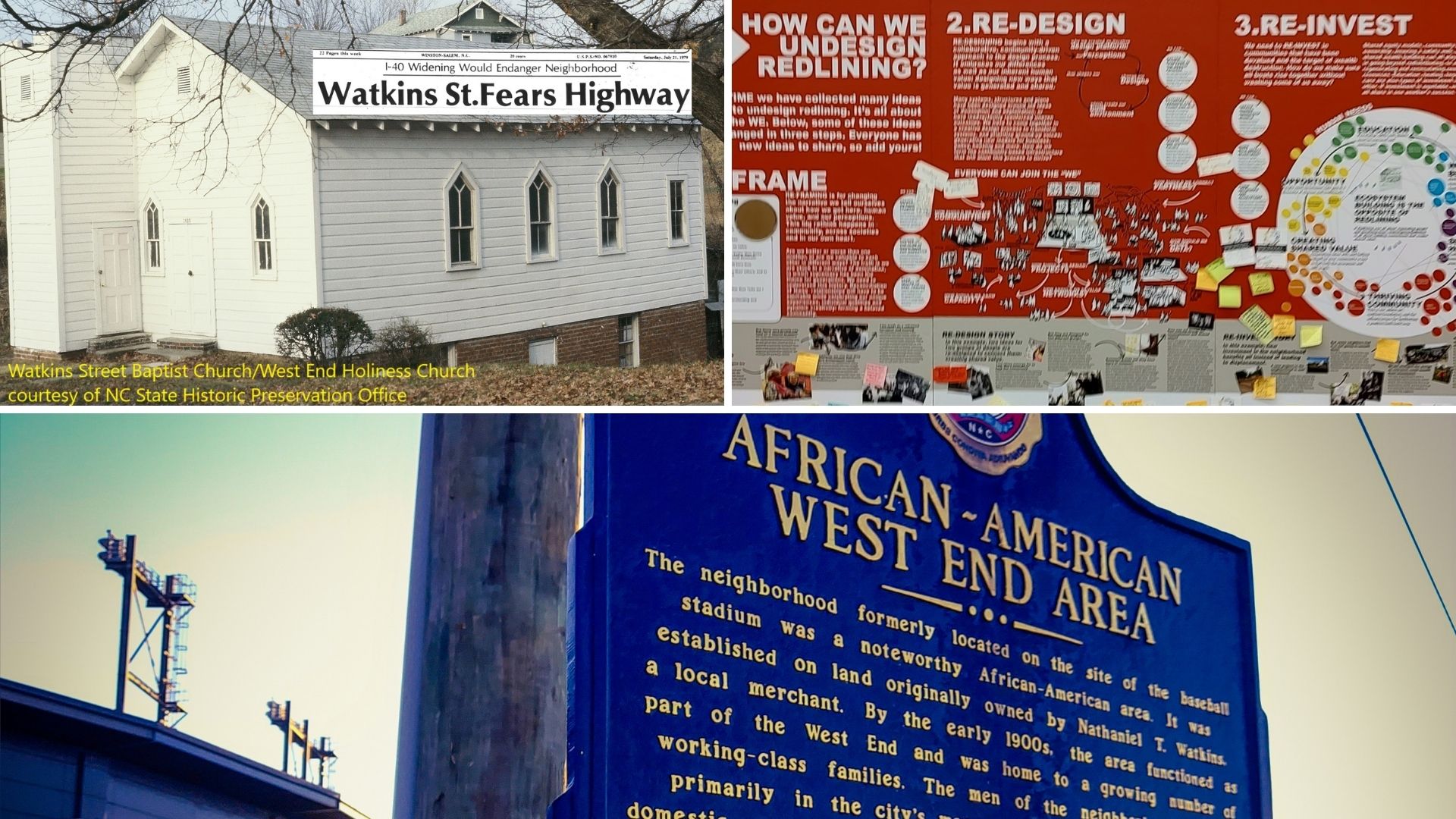