It’s official if you trust our local media, Winston-Salem is part of a nationwide defund (or abolish) the police debate ignited by the murder of George Floyd and so many Black victims before him. But if last Monday’s Public Safety meeting was any indication, our Council isn’t prepared to address how the WSPD polices Black communities in Winston or institute actual community control of the WSPD. And defunding and or abolishing the police is not even on the Winston-Salem City Council’s radar.

The Journal’s front-page headline last Tuesday read, “City may pull $1M from the police.” But that headline gives the wrong impression. The City is debating moving a measly $1 million, which on paper is dedicated to 15 vacant positions that the WSPD is conceding that it can’t fill. (According to Chief Catrina Thomspon and Councilmember James Taylor, the WSPD has a total of 40 vacancies currently.) In actuality, the Winston-Salem City Council is giving money that the WSPD can’t spend to various community organizations that can spend it.

A one-time reallocation of less than 1 percent of the WSPD’s budget in no way defunds the WSPD or transforms the character of the WSPD. Last Monday’s Public Safety Committee meeting was a long one, packed with copaganda. It felt more like a church service than meaningful dialogue on the role of police in our City. For approximately two hours, Police Chief Catrina Thomspon and her underlings testified about the glories of the Winston-Salem Police, while James Taylor and his fellow councilmembers sang their praises.

The WSPD’s takeover of Monday’s Public Safety meeting began with Assistant Chief, Natoshia Miles presenting a grim violent crime status report. The last few weeks have seen a rash in murders throughout the City. Miles chastised the community for not calling the police when they see a crime in progress and made an indirect appeal for more resources. Perhaps the fact that cops throw folks in jail and ruin their lives, maybe that’s why residents aren’t calling them. 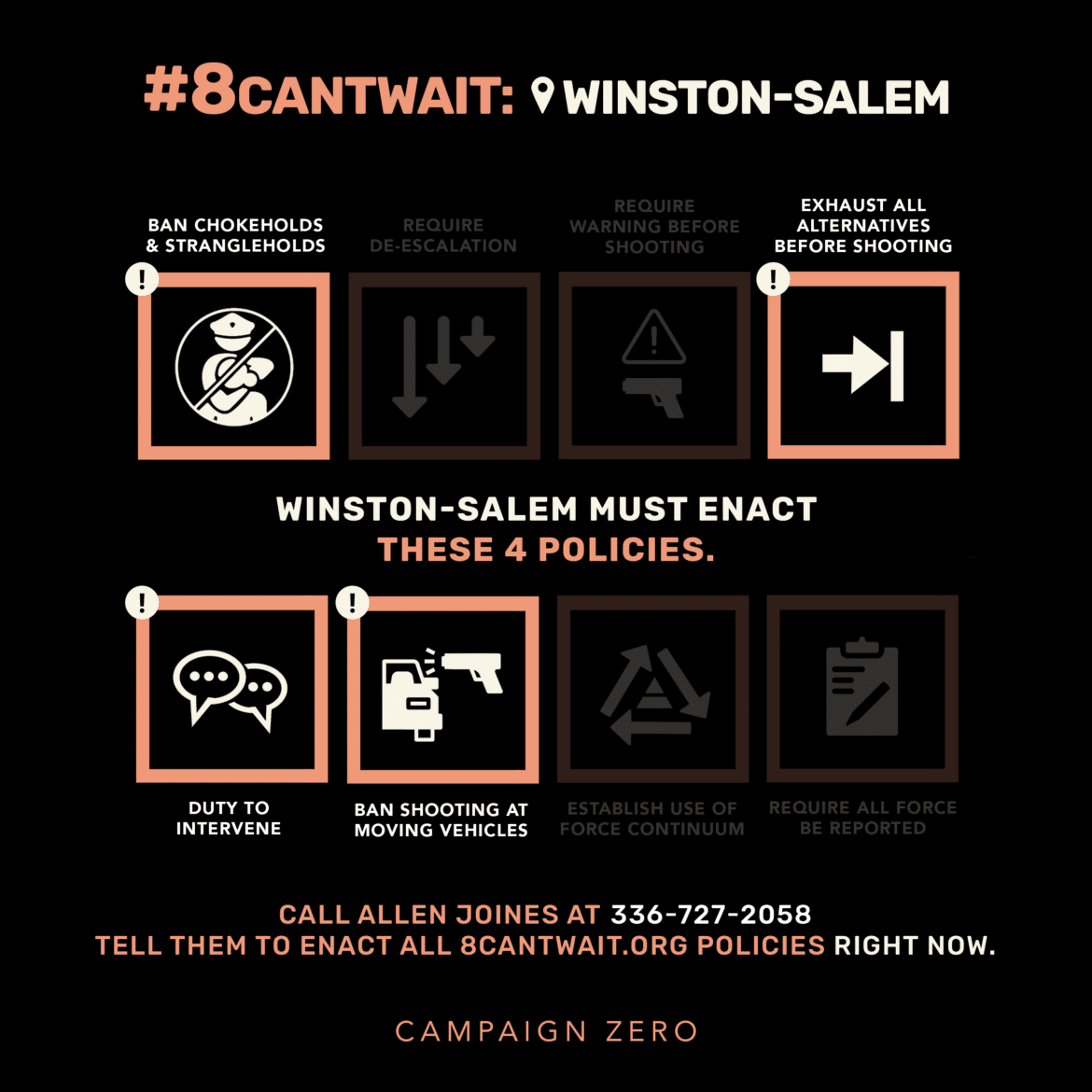 Next, Chief Catrina Thompson lectured the Public Safety Committee on the department’s compliance with “8 Can’t Wait.” Thompson said that her department has been in compliance with 8 Can’t Wait, in “some way, shape, or form for years.” Thompson went on to say that the WSPD has been a “community-oriented policing agency” since 1989 that builds relationships with the community.


Then Thompson made the audacious claim that the WSPD treat members of the community as if they were family. That’s an odd statement to make about an organization that cages community members and separates them from their friends and family for months and years at a time. Thompson went on to boast of the various accreditations that her department has obtained and the innovative programs that it has developed.

“We believe that it is our duty and responsibility to treat the citizens, the residents, the visitors, the business owners in our community as if they were our own family members-because, in essence, they are.” -WSPD Chief, Catrina Thompson, WSNC Public Safety Committee, June 8, 2020

It’s unclear who is telling the truth, the WSPD, or Campaign Zero. An independent committee that answers to the City Council should audit the WSPD to verify that the department complies with 8 Can’t Wait. The Public Safety Committee of the W-S City Council passed a resolution asking the City Manager, Lee Garrity to “review all policies of the Winston-Salem Police department to ensure alignment with
the practices recommended by the national “8 Can’t Wait” initiative and to take the necessary steps to implement any needed policy changes in accordance with State and Federal laws.” We must insist that Mr. Garrity do an exhaustive review of the WSPD and issue a public report at the conclusion of his review.

Monday night’s public safety debate went on and on as public meetings often do. But you don’t have to review the entire meeting to see that our city council is far from “woke” on the issue of police violence. Councilmember Jeff MacIntosh‘s question to Chief Catrina Thompson epitomized the W-S City Council’s hands-off approach to public safety:

MacIntosh: We’ve been getting inundated with emails calling for the defunding of the police department. Can you give us a quick scenario of the apocalypse that would create?

We can’t eliminate our police department tomorrow. That would be impossible. But we need to have more imagination than Mr. MacIntosh possesses. Otherwise, cops are going to continue being cops. No matter how much training they get, they are going to disproportionately kill and cage Black folks.

Local Black activists, catalyzed by the LAPD’s savage beating of Rodney King, pressured the W-S City Council to adopt a Citizens’ Police Review Board in 1993. The City Council needs to invest more power in the Review Board and expand its scope.

City of Winston-Salem, Anti… by CP Tew on Scribd