Home Field Advantage’s greatest coup was capturing the WS/FCS Board and WS/FCS administrators. Even though we lost this battle we should never forget that political power is a greater force than private wealth. We can never stop organizing and calling out conflicts of interest that drain public coffers.

A ceremonial groundbreaking is a good time to look back at the process by which a stadium plan that balkanizes Hanes Park and essentially makes it an athletic park, was approved by the BOE. The big lie was that the stadium would be funded 100 percent by Home Field Advantage. That was the agreement. That one big lie softened opposition on the WS/FCS Board and kept a wealth of concerns (environmental, park preservation, parking, congestion, resource allocation) from killing a flawed and prohibitively expensive stadium plan a decade ago.

The WS/FCS BOE’s obsession with a proposed new RJR stadium abutting Hanes Park seems to have stalled their efforts to build a new Brunson (and Ashley). #WSFCS https://t.co/J809lJJXZR pic.twitter.com/5iAEYJOJ8d

They got Wiley’s $11 million gymnasium built with bond funds, while Ashley Academy’s more pressing building needs were deprioritized. They somehow got Superintendant Tricia McManus (a football coach’s daughter) to cheerlead for their stadium. They got Darrell Walker, Assistant Superintendent of Operations, to conform WS/FCS’ plans with Home Field Advantage’s end goals. Walker has gone out of his way to try to find funds for HFA’s stadium and he’s made sure that the ‘practice field’ that was celebrated on March 2 will be stadium grade.

Home Field Advantage from the start had a poor hand. They wanted a stadium built adjacent to Hanes Park where there simply isn’t enough land to build a stadium without compromising historic Hanes Park environmentally and aesthetically.

They couldn’t have gotten their stadium over the goal line without a compliant local newspaper. In recent years The Journal essentially produced press releases for Home Field Advantage.

What have we learned this summer? We’ve learned that you can’t trust @JournalNow when it comes to the proposed sports stadium abutting Hanes Park. I recommend reading https://t.co/Ll9jTXmc3M instead. I appreciate @S2dio_EHDC sharing primary documents and providing smart analysis. pic.twitter.com/WT5VQIjLsr

In contrast to the W-S Journal, the stadium project has been examined in great detail at Save Hanes Park. SHP has illuminated the flaws in Home Field Advantage’s plans and offered compromise solutions. It’s a tragedy to see a great local park that has flourished for 100 years sacrificed for Wiley/RJ Reynolds’ athletic prerogatives. But you wouldn’t know that from reading our local newspaper of record. The Journal actually used an armed gunman’s capture at Hanes Park in June 2021 to frame the problems Reynolds and Wiley have at Hanes Park.

The idea of a stadium at Wiley/Hanes Park had been thrown around for decades, while Reynolds played its home football games at Bowman Gray and Deaton-Thompson Stadium. If there was sufficient land at Wiley/Hanes Park for a stadium it would have been built decades ago. Shoehorning a stadium in Hanes Park will deliver a mortal wound to the historic park. It is a mistake that our community will have to live with for decades to come. And it’s unlikely to help Reynolds mediocre football team return to its glory days of old.

Macintosh is right on this issue. Reynolds and Wiley’s athletic field issues cannot be solved by carving up Hanes Park:https://t.co/60IB4CuNbf pic.twitter.com/ub5j4i37xN 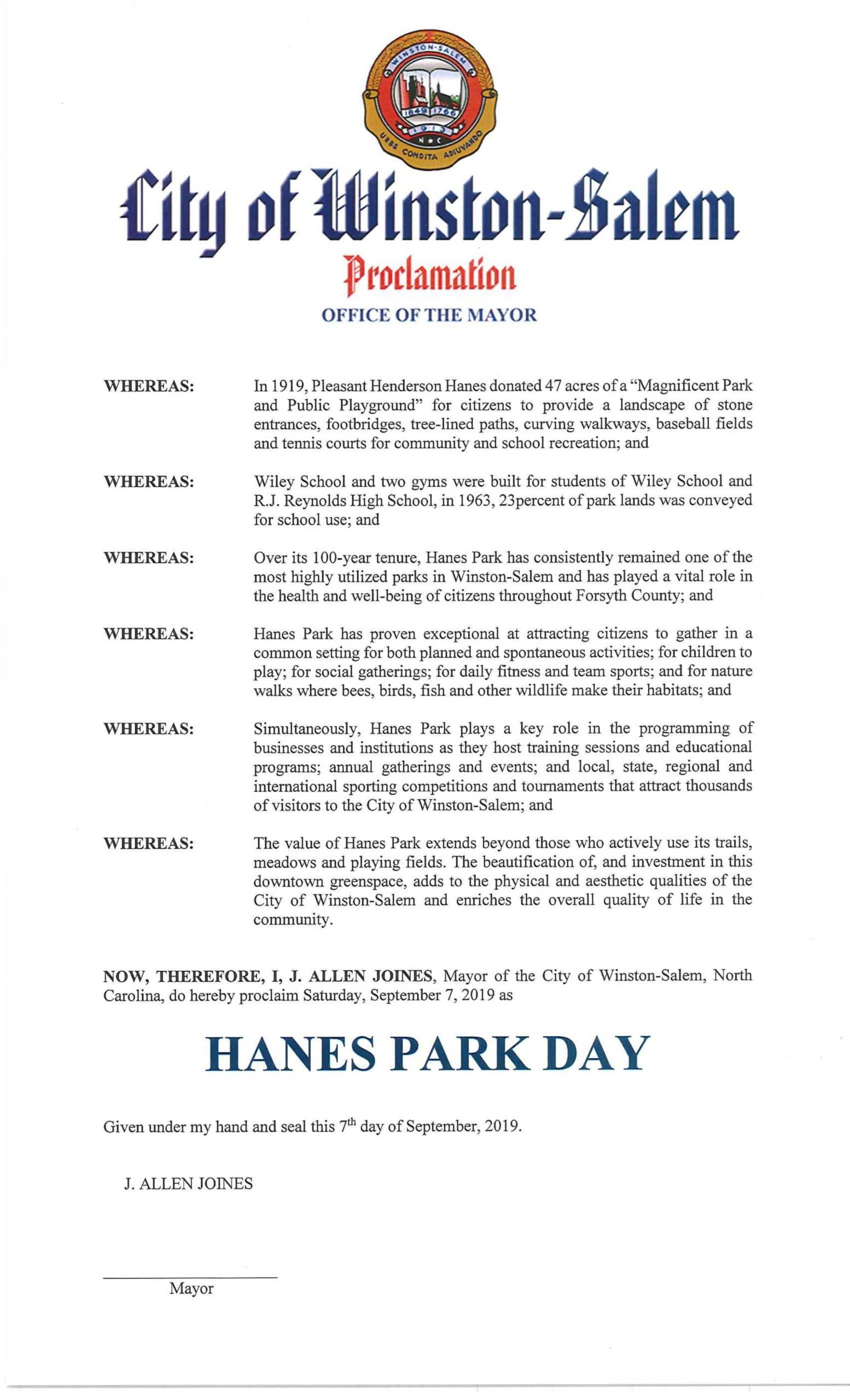